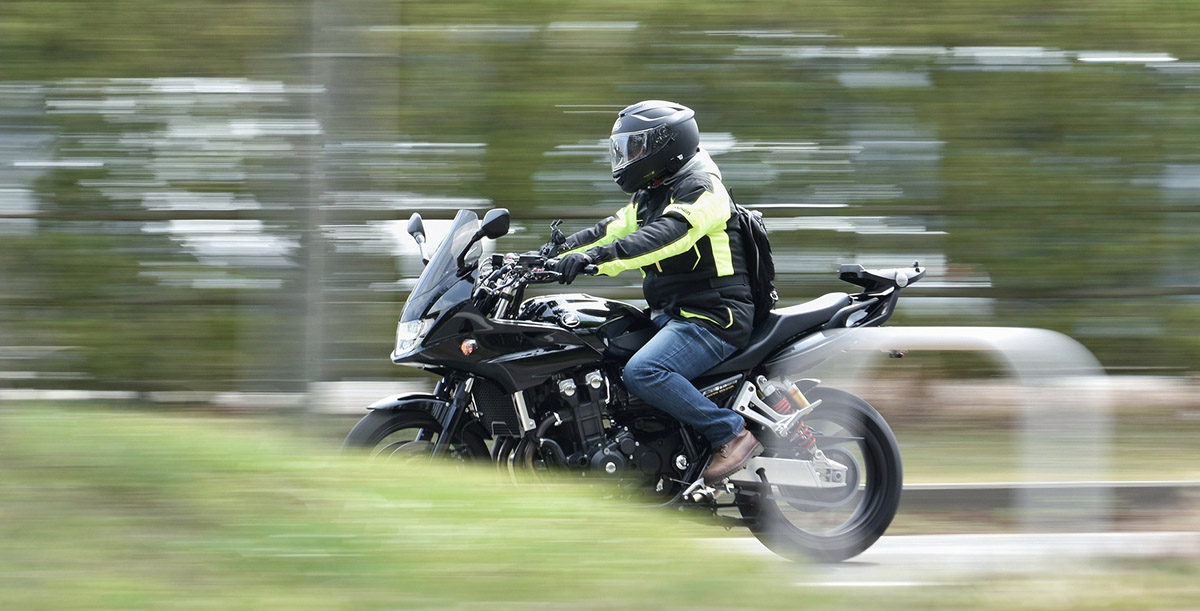 When he asked me if I was the writer I just laughed. You know the laugh. You once described it as drier than a corked bottle of Chardonnay and no less unpleasant. But he persevered, told me he had a story for me. What is it about people and writers? Would they tell a painter that they had a picture for them? Did that ever happen to you? I doubt it.

Of course, had you been there he would have left me alone. You were the one who attracted the men, your vivacity drawing them in. Even when they realised we were a couple they were slow to be put off. I think you actually encouraged them, those times when I was needy, uncertain of our love. You couldn’t bear the groundling in me who was prey to base vices like jealousy.

He got the message. He laughed, said that since I was a woman I wouldn’t understand anyway, which would have really given you a kick. I could imagine you, amused, ready to watch me explode. So I bloody didn’t. Instead I smiled, told him I was a lesbian and probably had higher levels of testosterone than he did, biker that he was and all. Exactly what you might have said, in fact.

So he nodded at the empty stool at his table and said, ‘Then let me introduce my friend Death. We met up this afternoon and we’re having a drink before we go our separate ways.’ He raised his glass in the direction of the stool. Just like a man to conjure up the grand sweep of existence at the drop of a pint.

‘Well, I buried someone recently,’ I said. ‘So fuck your friend.’ I was armed and dangerous and not really fit for human company, but he had invited it on himself.

‘I’m sorry for your thrubbles,’ he said, somewhat abashed, which only drove me deeper in, so much had I come to loathe the expression. I nodded, not trusting myself to speak. ‘Was it someone close?’ he went on.

‘It was. My partner, actually,’ I said, baldly.

‘And was it sudden?’ He was going the extra mile, sorry for my thrubbles as he was. I considered for a moment.

‘She went looking for your buddy on the stool there, tracked him down to the bottom of a bottle. So not sudden, no.’ It was bracing to talk about you like this, I’ll admit.

‘Hard to turn people when they’re set on that road,’ he observed.

‘Yeah,’ I said, and could have left it there. But there was fight in me, and you were gone. I had to fight somebody. ‘So what’s for a woman not to understand in this story of yours?’

‘Oh,’ – he was reluctant – ‘I almost got killed on me bike there an hour ago. But I didn’t, so right now life looks pretty sweet.’

‘Well, I’m happy for you. It looks pretty shit to me.’ I hated myself for being so whiny.

‘I’m sure it does,’ he murmured. ‘Were you together long?’

‘Twelve years. Do you have a partner?’ When he nodded I couldn’t help myself. ‘And do you think it’s fair, risking your life on the road like you do?’

I felt so jealous, just then. Once I’d been like this, able to use the word ‘love’ without feeling self-conscious, without feeling I was a fraud. Because that’s what your drinking made of me.

‘Would you stop if she asked you to?’

‘You’re not answering the question. Would you?’ I had him cornered.

‘Well, that’s between herself and myself, really, isn’t it,’ he said mildly. I was never so glad to have someone tell me to mind my own business, even in so polite a way. I was visible again, at least for the moment.

‘Well, exactly.’ He said it with such finality that it caused me to really look at him for the first time. He was late forties, dark hair receding, sallow complexion. Nondescript, really, except for his grey eyes, which were exceptionally bright. A bit like yours in the morning when you’d been visiting the bottle in the night. ‘I’m an alcoholic myself, y’see: seven years dry. Non-alc beer,’ he said, nodding to the glass in front of him. This knocked me back a bit.

‘What made you stop?’

‘Well, I had a family and all that to think of, but the truth is I just got bored with myself. Felt like a change.’

‘I don’t know what that means,’ he laughed. ‘But I do know my marriage didn’t survive me going sober.’

‘No need to be. It isn’t like people imagine, the before and after. The fog lifts, but where are you then?’ He shrugged. Where indeed. I was still deep in your fog, and you nowhere in sight.

‘They told Ruth she would die if she kept drinking,’ I said. ‘She went to a clinic, stayed dry for a few months. But she couldn’t hack the AA – another fucking religion, she called it.’

‘It doesn’t suit everyone.’

‘And she found it difficult to work – she was a painter, an artist. The spark left her. That’s when I knew she would never hack it. She was her work: without it she was nothing.’

‘It’s a funny thing to say, but sobriety isn’t for everybody, y’know.’ It was just about the realest thing anyone had said to me in a long time. And the kindest. I took up my phone and found that portrait you did of me. It seemed important that he see it. After studying it a while he handed the phone back.

‘I know nothing about art. But she got you, alright.’ Oh, you got me. Got me and held me right to the bitter end.

‘I walked out on her once. Rented a house. Two months I stayed away. She went to pieces, stopped eating. I moved back. Kinda pathetic, really, the pair of us.’

‘I dunno,’ he said with another shrug. ‘You opted to see it through, for her. And she was what she wanted to be. Sounds alright to me.’

‘Nah,’ I muttered, ‘there was something fucked about it all.’ He let this go, obviously seeing I was beyond consolation. I watched him take a sip from his drink. ‘Aren’t you pushing it a bit? A pub? Beer, even if it’s non-alc?’

‘Yeah,’ he said with a smile. ‘But it’s a good time to check. After a near miss, when you think you’re invincible. A good time to put yourself to the test.’

‘Are there many of these near misses?’

‘I ride fast bikes fast. So it happens. But I’m still alive and still sober. So…’ he trailed off.

‘Oh, the usual – a guy pulled out on me. I had to pin it to beat him as he crossed the road. Nothing much really. Nothing that sheer nerve and total presence of mind couldn’t achieve.’ He broke into a grin, and I had to smile myself.

‘It’s a different perspective. The world is a very silent place at a hundred and twenty miles an hour on a motorcycle. And by the world, I mean your head. But you see more than most. In fact, you see absolutely everything.’

‘Like you said,’ he laughed, ‘if I had a bull’s notion what it meant.’ You would have loved him – he was your type, straightforward, avowedly male. They always so irritated me, those men who adhered to you. I could never see what you saw in them.

‘I’m sorry I called your partner a fool. I was out of order.’

‘You can chalk that down.’

‘But no regrets, hey?’ He caught my eye again.

‘An ocean of them,’ I mumbled. My eyes clouding with tears, I didn’t see him move, so when I was suddenly enveloped in a bear hug I was taken completely unawares. He smelled of leather mingled with the sweet scent of petrol – not an altogether unpleasant combination.

‘You’ll be grand,’ he assured me. ‘It’ll take time, that’s all.’ He gave me a final squeeze of reassurance and I was released. It only took a couple of heartbeats, the whole thing, and he was sitting down again before I could take cognisance. You always said I overthought things. This time I didn’t.

‘I’ve probably seen you on the road, haven’t I? You’re local?’ I said.

‘Ah, yeah,’ he nodded. Ours was that sort of parish, a green-belt village, neither urban nor rural, at once intimate yet anonymous. ‘I’ve not read any of your books I’m afraid,’ he added apologetically.

‘They’re not to everyone’s taste.’

‘It’s a hell of a thing, being able to write, to make up stories.’

‘I see.’ He grinned again, but then became thoughtful. ‘Do you know Dezzy?’

‘I do,’ I said. You’d remember him – Dezzy the barfly. We got him to clean the gutters once. You and he destroyed a bottle of whiskey that same afternoon.

‘Well, it was Dezzy who pulled out on me. He was coming from the graveyard – he’d just dug a new grave. And do y’know what he said to me afterwards? He said it was God who’d saved me.’

‘Well, yeah. Needless to say, I sent him on his way with a flea in his ear.’

‘That was your story, the one I wouldn’t be able to understand?’

‘Sorry about that,’ he said with a grimace. ‘You probably understand it only too well.’

‘Right now, I understand nothing.’

‘Time,’ he said. ‘I’m afraid it’ll just take time.’ He finished his drink, then nodded apologetically towards the door. ‘I think I should go.’

‘You’ve passed your test?’ I suggested as he got to his feet.

‘More punishment than test, really,’ he said with a sweep of his hand, ‘for me being such a mad hoor on the road.’

‘Indeed,’ he nodded. He reached over and took my hand. ‘My condolences again.’

‘Do.’ He grinned and left the pub. A minute or so later came the raucous sound of a motorcycle taking off at speed.

Now, ten months later, this first week in June, I’ve just finished painting the floor of your studio. Late as usual – the first Airbnb guests are due next week. It was heartbreaking, covering up the whorls and curlicues of spilt paint, so vivid, so beautiful, so you. But I have become inured to heartbreak; it is now simply another way of life.

I don’t understand news feeds, how they work, why they appear on my screen. But sitting here now, I see a report that another racer has been killed on the Isle of Man. And the island’s name is resonating in my head. Once I met a man, and not a simple man, who was a biker. There was addiction, death, a gravedigger, and even God had a bit part. It should’ve been a story.

I wish my words were like your paint. So that even when they missed their target, their random fall would make art of itself on the bare earth. But they’re not, and they don’t. The white page remains bare, blank and unremitting as the grey industrial gloss-coat on your studio floor.

Yet still there. I know you’re still there, just beneath the surface of my days. An inspiration. So let the words fall again like they used to. Open a new document, maybe, and type a first line:

When he asked me if I was the writer I just laughed.