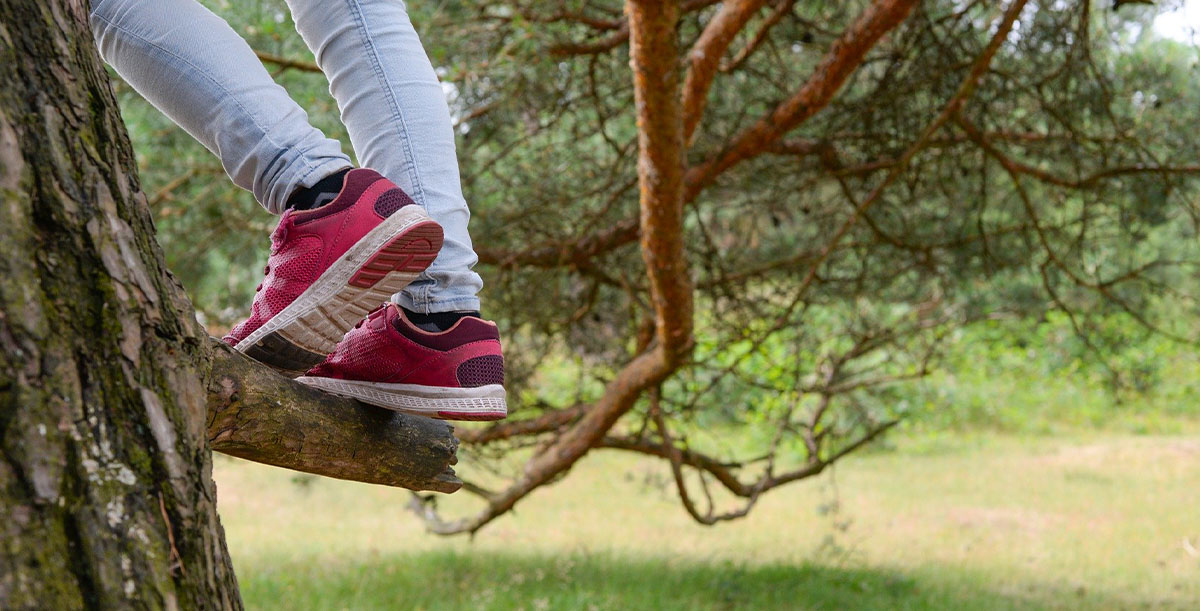 Rosie runs along the path, both arms as wide as they can go, fingers brushing the bamboo leaves on either side. She likes the way the leaves flutter against her fingertips, like butterfly wings. This is one of her favourite paths, lined with bamboos whose trunks are as thick as her neck, as tall – much taller – than her house, bamboos that meet over her head so she is encased in a livid green tunnel like the throat of a crocodile. She rushes around the curve and bursts out into the light, out into the mouth of the crocodile.

She laughs as she tumbles over, running too fast to stop, catching the toe of her plimsoll in a tussock of grass in the clearing and landing on her knees by the picnic rug where her mother is curled, neat as a cat, reading her book.

‘Careful, careful! Slow down! You’ll twist your ankle!’ But Mum’s lipsticked mouth turns up at the corners. She has obviously decided to be amused by her little tomboy today.

‘Yes! Yes, yes!’ Mum laughs at her, but Rosie is telling the truth. She has been looking forward to visiting the garden since they arrived at their usual cottage at the beginning of the summer holidays. The garden is perched on one of the pointy peninsulas that jut into the Atlantic in the far south-west corner of Ireland, on land that is so barren the rock breaks through the skin of turf more often than not and the sheep need to be as surefooted as goats to survive. But the garden is luscious. Shaped by huge rhododendron bushes and studded with palm trees, it tumbles down the hillside in a series of interlocked rooms – a Japanese garden full of tiny maples and raked gravel, a patch of thick woodland with a carpet of jewel flowers, a moss garden hairy with froths and drapes of lichens – each area more rampant and profligate than the last, full of dangling blood-red fuchsias and tangerine spikes of montbretia.

It feels huge to Rosie. It is her kingdom, her domain, her very own magical land.

‘Which is your favourite flower?’ Dad had asked that morning, looking pointedly at Mum. Mum had told him – had shouted at him, Rosie had heard – that he needed to show more interest.

‘The Crocosmia aurea,’ Rosie had said solemnly. Last year she’d followed one of the gardeners. He’d talked to her as though she was an adult, giving her the Latin names and genera of the plants she liked, and she was sure she had memorised it correctly. Dad had roared with laughter.

‘You’re going to be a botanist when you grow up,’ he’d said, and Rosie had got worried because she didn’t know what a ‘bottomist’ was, but it was obviously something to do with bottoms and she didn’t feel that was at all proper. She’d much rather be a gardener.

‘Where are you going next?’ Mum asks as Rosie picks herself up and rubs the grass stains on her knees.

‘I want to see if the swamp is still there. And the house in the trees. And the river pools with the goldfish—’

‘Stop! I’m exhausted just looking at you!’ Mum pauses, then says, ‘Have you seen Dad?’ She hasn’t moved, but if she were a cat, her tail would have twitched.

‘Not since lunch,’ Rosie says.

‘Don’t go out of the gate!’ Rosie knows this. The gate is at the edge of the garden; it leads out onto the mudflats of the river estuary. The mud is treacherous at low tide, full of sinkholes that can suck you under, choke you. But she wouldn’t go through the gate – why would she? It’s boring. There is nothing for her out there.

Rosie sets off. She is aiming for the old eucalyptus tree. She is Bagheera from The Jungle Book, placing each paw with care, stepping lightly from shadow to shadow to deter the predators on her trail. She leaves no footprints. She sniffs the air. It is damp and salty from the sea. She smells woodsmoke from the fires in the human settlements, she smells Akela’s wolf tribe heading for the hills, she smells the spoor of the tiger. When she gets to the eucalyptus it is just as she remembered: thick and bent and twisted, with a trunk wider than the span of her arms and grey-green flickering leaves. She knows the handholds from the year before. She scrambles up until she is on the first thick branch that hangs over the path. She is not as nimble as Bagheera, but she can lie on the branch, legs and arms dangling, and be as still as the panther. This is her watchtower. She can see through the trees to the glittering water of the sea, she can see down to the swamp garden with its thick fleshy plants feasting on the peat, she can see both ways up and down the path.

She watches. Above, a falcon is circling. A red squirrel pops out onto the Scots pine tree opposite, making the needles dance. It sits up on its haunches, looks to the left and right, then darts down the tree into the undergrowth. A line of ants march along Rosie’s branch towards her. She holds out her finger. Undeterred, they climb up, over and on, taking a left turn along the underside of the branch. She hears squawking before she sees a small boy hurtling along the path towards the tree. He is hollering and slashing at the undergrowth on either side with a stick. She sees that it is Pat from the cottage next door, and she is about to slide down the tree and vanish on her way – she never likes to think that she is not alone in her domain – when she sees that the boy is followed by his mother, her riot of red hair instantly recognisable. She has thrown her head back, displaying her long white neck, and is laughing and turning to the man by her side. The man is Dad.

Rosie freezes. She is not sure why, but she knows that they must not see her. Something is wrong.

The woman places a hand on Dad’s arm. Dad leans in. He kisses the woman’s neck. She smiles and sways. She turns her head. She places her lips. Her fuchsia-red lips. She places her lips on his. Lightly. Proprietarily. Like she knows those lips. Like they are hers to kiss.

It is Mum’s voice. Mum is calling her. Mum has followed her. Rosie thought she had been careful, but Mum has found her footprints. Mum wants something. Mum, who never moves unless it is necessary, why is she here, why has she followed, why this time of all times, why—

Rosie hears the scream, the guttural scream of an animal, the roar of a wounded panther, and Mum is running, Mum who never runs, who strolls, who lingers, who saunters, Mum is running and running and her hands are out, her nails are raking down the cheeks of the man, the cheeks that rub against Rosie’s face when he kisses her goodnight, the cheeks that are rough with stubble and that smell of Old Spice and whisky and something indefinable that Rosie thinks of as Dad, those cheeks are scored with two white lines, blistering with tiny drops of blood, and then there is a slap. A sharp crack. A shot. A break. As Dad slaps Mum’s cheek. As the roar stops. As the slashing claws stop. And a keening sobbing starts that Rosie cannot bear to hear. Mum turns and staggers back along the path, lurching, stumbling, weaving, her body too heavy to carry, her head waving from side to side. Dad shambles after her and the woman with the riot of red hair smiles and strolls and smiles as she follows behind, taking her time and swaying to her own internal music.

Rosie unclenches her hands from the branch, finger by finger. Every muscle aches with the strain of stillness. The ants are still marching. Slowly, deliberately, Rosie presses her finger onto one, two, three ants, their blood marking the bark with a small drop for a small death. Four, five, six. Then, like an old old woman she shuffles backwards along the branch until she is at the trunk. She slithers to the ground.

Rosie can’t breathe. The air is heavy and thick. The sickly scent of lilies and honeysuckle and jungle flowers chokes her. Bile rises in her throat. She swallows. The trees are pressing down, creepers brushing at her face; the plants are fleshy and voluptuous, obscene scarlet protuberances bursting from the darkness of their shiny, waxy leaves. The air is rank with the smell of rot and decay – how did she not notice before? It is disgusting, revolting. She needs air, she needs space – she runs and runs, crushing plants underfoot, swiping at creepers, kicking at the roots tangling at her feet, until she finds herself at the grey stone wall spotted with yellow lichen that marks the boundary of the garden.

She stares over the wall. The hillside is plain turf, untouched, spotted with boulders. The land drops sharply down to the sea. The tide is out and the sun makes the river-streams shine silver as they wind through milk-tea mudflats. In one direction she can see far away to the horizon and on and out to the Atlantic, and in the other is a hillside as rocky and barren as the one beyond the wall. There is space and air and nowhere to hide. To Rosie it feels clean. Simple. Untainted.

Rosie steps through the gate and out onto the grey rock path. She stops. Possibility is spread in front of her. She could run along the edge of the cliff, down to the river, out, and further out until she feels the squelch of the treacherous milk-tea mud between her bare toes and she is sucked down and down and down.

The wind buffets her face. She takes a deep breath of air. She fills her lungs. It feels good.

Rosie steels herself before she can bear to turn round. But there is no screaming. No banshee cat. It is just Mum.

She smiles and her smile is very nearly her everyday smile. She holds out her hand. Rosie allows herself to take it.

‘Yes please,’ says Rosie, and they head back through the garden together.