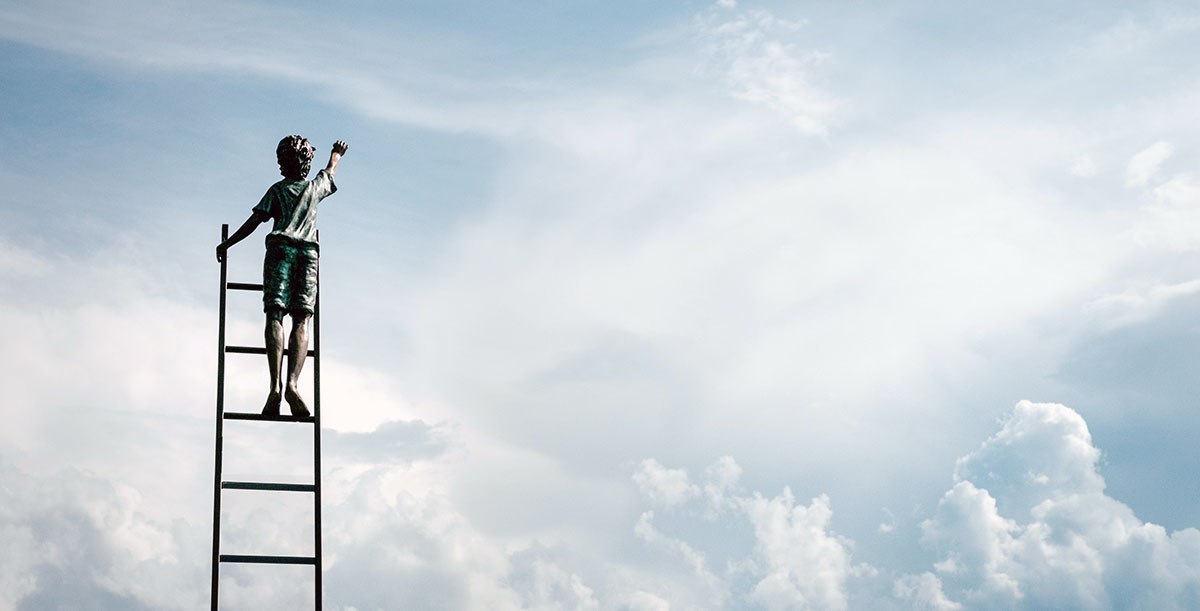 The rain begins with that soft, familiar sigh of release. No pitter-patter – not from this altitude – but a sense of falling with no confirmation of receipt. One long, diminishing descent.

His heart sinks and he rolls over, hiding his face in the pillow for just five more seconds, trying to blot out the inevitable. The mean, repeating rainfall days stretch out behind, and into an imagined beyond, dreaded only because a cave of memory decades-long tells him it never used to be this way.

He sits up to confirm by sight what his marrow knows already, watches rivulets of condensation slide down the panes, interrupted by lead-work and caught motes of dust. He scoops one under the pad of his finger. Stops it in its tracks. The light flickers and the mist falters beyond his silent room. Yes, raining, and where the drops fall, the world below will be washed away.

‘Sudhev,’ his voice is hoarse with just-waking as he calls his assistant. ‘We must check the mills.’

In the next room, the soft rustles of a man dressing. The same outfit as he – the so-called King – wears: fast-drying silk overalls with oiled canvas trousers and a fur-lined seal-skin coat atop; cotton socks with leather soles, and wellingtons lined outside with waterproof feathering. All so worn and weathered they are as a second skin.

Sudhev sticks his head around the door, already wearing his vapour mask with the undefined brow and the smoked-glass eye-pieces, a tight bind ending in a filtering snout. In this light, with the curtains half-drawn, the mask makes him look more creature than man; and perhaps, from a human view, they are. ‘Ready when you are, Sire.’

The King nods, picking up his own mask and stroking the heavy golden star pinned between its brows. The only definition that he bears the ultimate weight of the mills. When the others cannot weave, the buck must always stop with him. ‘Very well. Let us see what is to be seen.’

The mask sits heavy on his face today, almost unneeded, the mist outside is so light. Centuries ago, when the King was newly raised, a man could drown within minutes of stepping into the clouds, but now… He gazes up at the bland, white face of the sun beyond the lowing fog. Now this.

Sudhev still treads with the timid steps of an apprentice. He remembers being human too closely, while the King remembers barely at all. He has been up here so long he enjoys the vertigo-giddiness of fifteen thousand leagues beneath his feet, is comforted by it, even.

The mills have slowed by the time they pass the turbines. The feed of mist dwindles and the wheels churn one long, lazy thunk after another as they droop into slumber. None of the productive clatter the King was hoping for.

Inside the mill-house, he examines the loom, catches the fresh threads as they emerge from the spinners. Clear spiderwebs, white under his dark skin. Too thin for weaving, this can never be the stuff real dreams are made of. He has been waiting for this day for decades – has felt the stories thinning year on year as the rain cycle accelerated and the mills were starved of vapour. There is no time anymore for the clouds to seep and stew, for them to collect the billion fleeting thoughts from the Earth’s floor below. Where once dreams flourished in a person’s mind, now only a barren silence remains, fertilised by the skinny anxiety of some forgotten but crucial act. The King was taught to weave with fat, ethereal yarn, oozing raindrops like tears of ambition. No more tears, no more hope, no more tales. Just the falling, purging rain.

Outside, the precipitous sigh increases. A grave roll of thunder turns beneath the mill-house.

‘Do you think the sun will come out again today, Lord?’ Sudhev’s voice is tight: he knows not the looms of old, but he can sense the wrongness in his training. That bitter ichor of a lost but unknown thing at work in him as well; he who has yet to learn to see beyond the dream and into its weaving.

The King ponders, only for a moment. He feels the shift in the light on the back of his neck. Plucks the thread beneath his fingers. It snaps, falling in a wet, spattered line across the floorboards. Yes, the sun would come out again today.

The King’s brow darkens. ‘What does it matter? It is their own fault if they do not dream tonight. They turned the mists into water. They washed themselves away. Besides-’ and here he exhales sadly ‘-what point is there in making stories when there are so few left who wish to dream?’