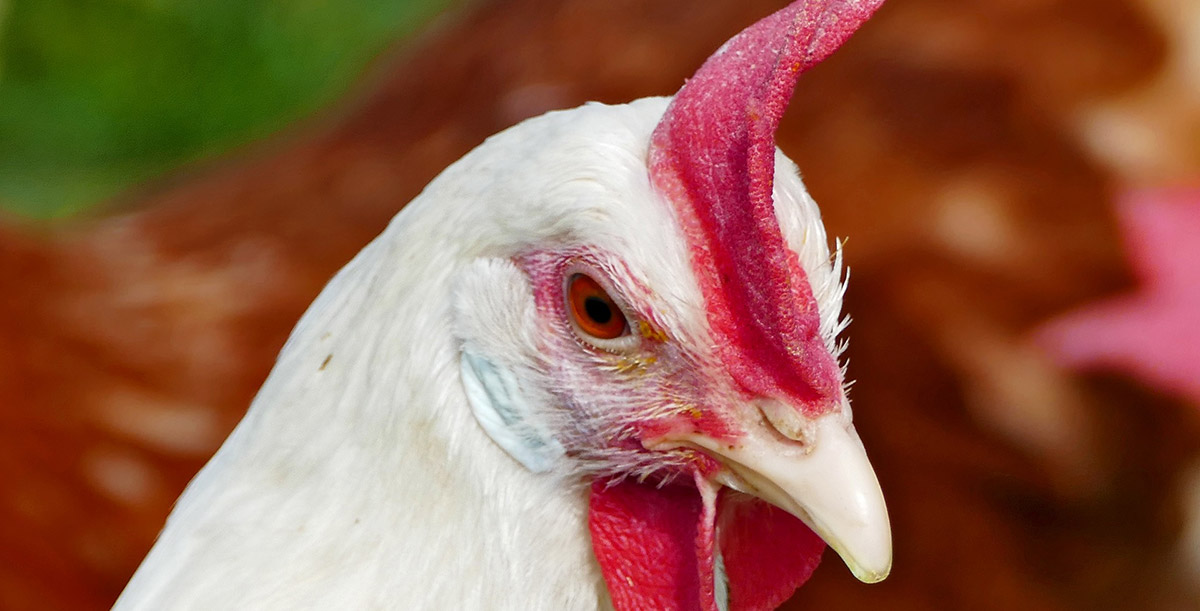 Angela stood at the window, watching her daughter watching the chickens. She carefully rubbed a china plate clean. The girl had always been more like her father, not like Angela at all. And it was possibly her own doing, because from the first moment she’d clutched that delicate and infinitely precious living body to her chest, she’d felt like a fraud. The baby hadn’t latched on, which was clear proof to Angela in those early days that there’d been a terrible mistake, some kind of mismatch; the poor child had been landed with the wrong mother. She’d loved her anyway, of course, but now with John gone away to Iraq, she fretted daily that her passive sort of company on its own would not be enough for this growing girl. Recently, her daughter was spending more and more time out in the yard with the chickens.

‘Connie!’ she called. She couldn’t quite say how long she’d been standing at the window. Nowadays, strange as it was, it wasn’t so rare for her to drift off like that, lose grip of her sense of time, realising with a jolt that hours had passed in what had seemed to her the blink of an eye. Further proof, as if it were needed, that she was not fit for purpose as a mother. ‘Connie!’ she called again, louder this time.

Maybe this place was finally getting to her head, she reasoned – the solitude, the starkness, the miles and miles from anywhere. She hadn’t known what to expect when she’d married John, an enlisted man, but she could surely never have predicted this: a subsistence life, society’s outliers. He’d dug them a well, rigged a solar panel with a battery generator, showed her how to use a gun. They subsisted on canned food, eggs from the yard, anything they could grow. They subsisted on the kindness of the one neighbour in the wider vicinity, Bob, who dropped by with supplies in his rusty old truck once a week while John was away. Other than that, she had the radio. By day, she would lean on the fence in the yard watching birds of prey slowly circling in the vast skies, hoping to see rain coming in over the mountains, or to catch a glimpse of the silver weather balloon the military would send up – any change or sign of life was welcome. By night, she lay cocooned in a knitted blanket on the couch, wracked with guilt about Connie, listening out for coyotes and fearing for her husband. When he came home, they’d cook a chicken to celebrate. When he came home, they’d talk about moving back to the trailer park. He’d promised they’d talk about it this time, if only for Connie’s sake – she needed friends, and she needed to start school. When he came home.

If he came home.

Turning her gaze back to her daughter, who was squatting like a frog in the dirt, wielding a stick, her small spine still stubbornly facing the window, Angela wondered which of them it was who really didn’t belong in this place – the child or herself. Connie was nearly five now and this landscape was not nowhere to her, it was the theatre of her becoming. The child knew things about the place that even after years of living here Angela didn’t – she could see it in her eyes, a look she’d taken to wearing of late that seemed to warn her mother of a certain distance, a distance of knowledge, that was growing between them. But neither of them ever said a word about it, and then the look would pass, and the child would seem to forget whatever lay behind it and simply go back to her play.

Connie squatted in the yard, watching the chickens. She loved most of all how they twisted their skinny, long necks around to furrow with their beaks under their wings, their tiny eyelids fastened shut in concentration – that always made her giggle. She loved seeing them scratching about in the dust for tasty morsels too, with their funny scaly dinosaur toes and feathery backsides poking up in the air. She was trying to remember all of their names, the ones she had told to the visitor. One was Mary, another was Sue-Ellen, another was Bob, and there was John and Angela too. They were all named after real people she knew and she had come up with them on the spot one time, for the visitor. But now she was having trouble getting them right.

The first time the visitor had come, Connie had thought she was a chicken – not because she looked like a chicken at all, but because her body was so light and fragile she hadn’t even been aware of her presence until it was too late and something was already stepping up close behind her, breathing softly and quickly. Then Connie had spun around to see a tall white chicken; and then another, even taller, definitely-not-chicken standing and watching from a little further off; and she had been so completely overcome with shock that the next minute had felt like an eternity.

The tall white chicken was a girl. Connie wasn’t too sure how she knew this, but she absolutely knew. She’d been much too frightened to look up at the taller white definitely-not-chicken that stood motionless behind them, overseeing the situation from a certain distance. She’d had a strong sense the girl visitor was frightened too. But the chickens had happily carried on pecking around them, and after a while that had been good enough for Connie, being four years old, to allow for events to pass as normal.

The girl visitor was wearing a pair of brown dungarees without a T-shirt underneath. She had blue eyes like Connie’s, but they were much bigger and stretched further around the side of her face. She had a nose and mouth where she should have done, but they were a different nose and mouth to anything Connie had ever seen before on a person. They were kind of small. She couldn’t tell if the girl visitor had ears, but she did have hair: light blonde hair, so shimmeringly light it looked almost like cobwebs. And her skin was as white as paper.

Eventually, Connie had lifted up her hand and waved.

That was the beginning. The visitors had been three or four times now. Mostly in the evenings, always in the yard; the girls would step closer to the chickens, following them, trying to catch them; and then to each other, circling around each other like birds of prey. One time, Sue-Ellen had taken fright and stood tall, battering the both of them with her orange wings, and Connie had forgotten herself and squealed with laughter, and straight away afterwards she was filled with terror. She had clapped her hand to her mouth and dared to look up for the very first time at the taller white visitor. The taller white visitor was smiling softly.

Only then had Connie thought of her mother. It had taken this long for the question to begin to take shape in her mind: where was Mommy? And then she had turned around to look at the kitchen window and she saw her Mommy standing there absolutely still, china plate in hand, eyes fixed on the horizon, not even blinking. Looking as though she’d been standing there like that for an eternity.

And only then had Connie begun to wonder, did Mommy know? She had turned back to the visitors to ask, but they were suddenly gone, as if they’d never been there at all, and Mommy was calling her to come in from the yard.

Angela rinsed another beer glass and set it down on the draining board. The father hadn’t stopped drinking and she didn’t know if it was a blessing or a curse that he was still around. Anyway, she doubted he’d stay once the baby was born. He was still a kid and didn’t know what was coming yet. She glanced wearily at her daughter, lying wasted on the couch, not yet fifteen and rounded as a whale in the stomach; sharp and skinny as meth everywhere else, her perfect baby skin pocked and blemished. Maybe if Angela had taken the cleaning job in Vegas, things would have turned out differently – maybe Connie would have finished school, met someone nice. But she’d been too afraid of the unknown, and with John dead, she’d depended on the goodwill of others to get her back into the trailer park. She barely remembered that time, though she knew it had never seemed over.

She filled a beer glass with water and took it to her child. Connie was still beautiful, with her long brown hair and blue eyes like John’s. She stroked her face tenderly. She’d seen those meth addicts in mug shots with shaven heads. She hoped and prayed Connie would never end up like that. Maybe the baby was good news; maybe it would make her smile again.

‘Here, take some water. What did you dream?’

‘We were back out in the desert. I saw the weather balloon and the chickens.’

Angela felt a heavy jolt in her chest, like her heart was turning inside out. ‘You really loved those chickens,’ she said, smiling softly.

‘They were my best friends in the world,’ said Connie. ‘I wish we would have some chickens here for the baby to play with.’

‘I know, honey, but where would we keep them? We don’t have a yard.’

‘Hey, Mom, I always meant to ask, where did those tall white ones come from?’

‘Those tall white ones that came to the yard.’

‘Tall white ones? Tall white chickens? Or coyotes? I don’t know what you mean, my love.’

‘No, not coyotes. Weren’t they chickens? I don’t remember. Well, maybe… oh, I don’t know. I guess I’m not really sure.’ Connie’s face dropped. ‘I guess maybe I made it up. Well anyway, Mom, I was so happy then. That was my happiest time ever that I can recall. One day, Mom, promise me we’ll have a yard again with some chickens.’

Connie took a sip of water, and her mother padded back to the sink, musing on what the girl had just said. Slowly, she picked up a dish. And she stared through the window, out across the trailer park, towards the vast, empty skies.