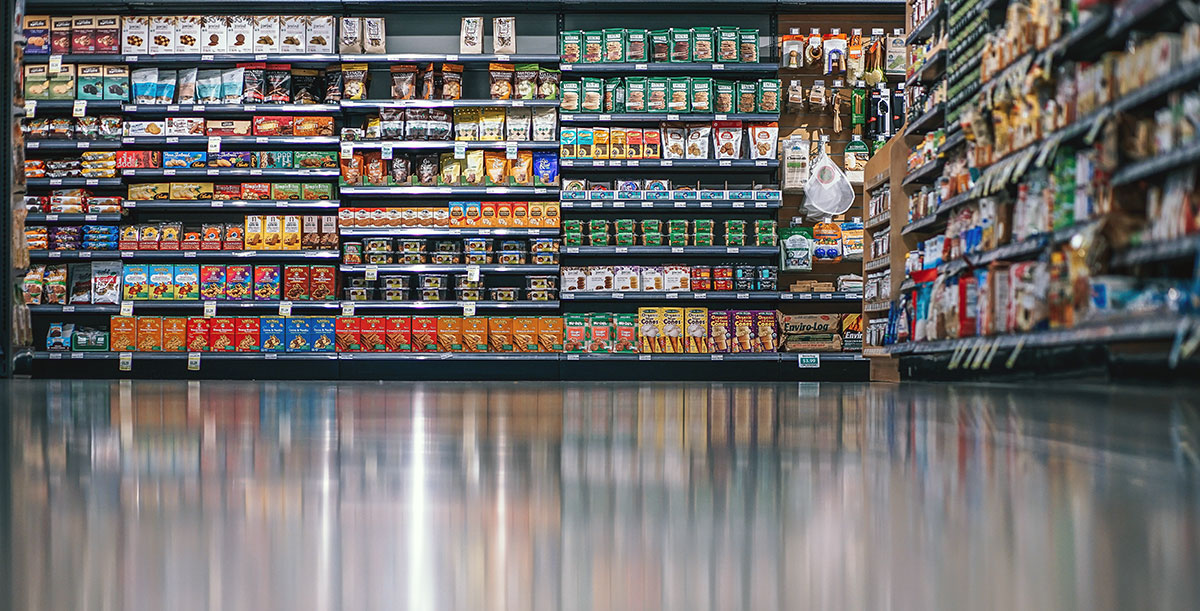 Every Tuesday and Thursday morning at ten o’clock before closing the front door Bill would call out: ‘I won’t be long’. The supermarket was a short walk to the end of the street. The grocery list hardly changed. He was a creature of habit in his eightieth year and he would always take his time shopping, walking the same route around the aisles on every visit, buying no more than ten items. He became frustrated very occasionally when products were moved to different parts of the store but he muttered to himself not to get too cross with the staff. They knew him and he knew them. It was a friendly place. Bill did not want to upset anyone with petty complaints. The girl on the delicatessen counter was used to him asking for three thin slices of ham and a small pork pie. The fishmonger always cut his piece of cod fillet in half and bagged each piece separately. Bill liked to keep one in the fridge and one in the freezer. The lad on the fruit and vegetable section would always help Bill find the best quality potatoes and bananas. Nothing was too much trouble. Bill thought of himself as ‘old school’ with regard to good manners. He was polite to everyone but he had noticed a decline in people of all ages saying ‘please’ and ‘thank you’. It doesn’t cost anything, he thought and it’s not difficult to be nice. So this supermarket suited him very well with its courteous employees. They were good company.

In particular, there was one checkout operator, a nice lady called Diane, who always greeted Bill by saying, ‘Hello sweetheart’. In his younger days, Bill had found the overuse of chummy words like love, pet, darling, sweetheart and other variations to be quite irritating. But as he got older, he grew to like it, especially if it sounded sincere. Some shop assistants would say the words on automatic pilot without any warmth but Diane was genuinely friendly. She was his favourite. It was a bit of a let down for him when she was on holiday or off sick.

But on this day, there she was, sitting, waiting for the next customer. ‘Hello sweetheart,’ she beamed as Bill approached. He smiled back and the two chatted as the groceries were scanned. Tuesday and Thursday mornings were good mornings.

Back home, Bill opened the front door. ‘I’m back,’ he called out. ‘It’s a cold morning.’

He put his carrier bag on the kitchen table and walked to the living room. He looked at his wife, Betty, and blew her a kiss. He felt his eyes watering. ‘That Diane called me sweetheart as she always does, Betty. I think she fancies me. It always reminds me of you calling me sweetheart from the first day we met, all those years ago. Diane says it like you. She means it.’ Bill smiled at his wife’s face looking at him from the framed photograph. ‘I do miss you, Betty. I really do, sweetheart.’