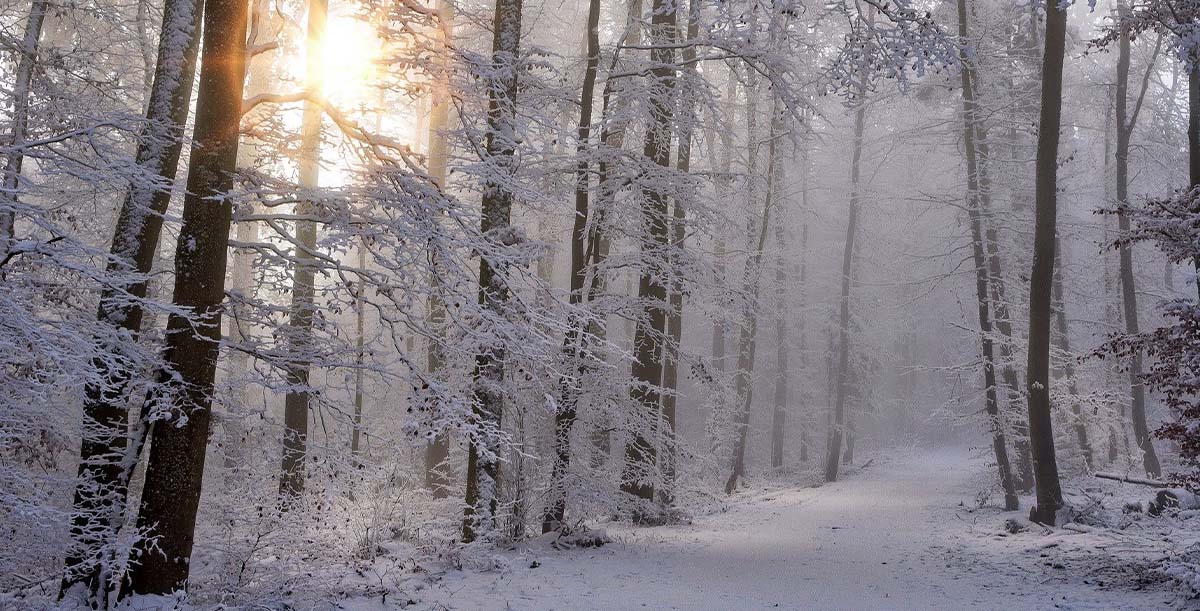 The woods are lovely in this pink winter light, the setting sun glinting off snow and the bare branches like a Japanese painting. I needed to come back, to remember, to feel the ground beneath my feet.

I padded downstairs, heard cooking sounds, clicked the door behind me, pushed open the garden gate and now I’m in my wilderness. It’s just as it ever was: strange and healing.

I’m running, slipping past the trees, catching their smooth and knobbled bark with my hands, scuffing the fallen leaves, crisp with frost, jumping over branches which look like discarded limbs. I remember smelling moss and bluebells in spring, bracken in summer and mould and fungus in autumn.

Too much safety is oppressive. I could never bear being cooped up with Mum and Dad in our perfect home. I started by escaping into the woods where I could breathe, then, later, to the other side of the world.

Mum pleaded with me, her precious only child. ‘Promise me you won’t go into those woods. It’s dangerous, Helen. You don’t know who you’ll meet.’

There is a way that curves and divides but which, if you know it, leads to the centre, to the fallen oak tree. ‘Not when it’s dark. Not on my own,’ I lied.

‘They say someone fell in the bog, and sank without trace.’

I felt scared, but relished the danger. I was by turns sleuth, spy, escaped prisoner, French Resistance fighter, camouflaged during day, a shadow at night.

Being on my own was something I treasured. I wanted to free myself from my parents and their hopes. It was peaceful in the woods, especially in winter. I could sit and watch the changing shapes, the occasional bird or squirrel, a spider spinning its web.

So when Ricky turned up, I was angry.

I heard him before I saw him. Making a weird shrieking noise like a trapped wild creature, then bellowing like somebody who knows no one will help him. Pulling at branches and letting them slap back, pushing through brambles, ripping his clothes.

‘Shut up! Stop that racket.’

I reach the crumbling fallen tree now, sit down, pull my coat closer round me. It is icy tonight. I’m on my own – silence, shadows.

‘This is my place,’ I said, pretending I hadn’t noticed his blotchy face. He was standing in front of me, staring distractedly. ‘Which way did you come in?’

He waved his arm behind, to where I knew there were farm cottages. ‘It’s my place. I found the tree first,’ he argued, not giving in, in spite of tears clogging his throat.

He was a boy who got on the bus and kept out of the way, but with a determination about him. He was in the year below me at school.

In the months that followed, sitting with our backs against the tree, we drank our first bottle of whisky, smoked our first joint, followed by many others, cut our fingers with the potato-peeling knife, exchanged blood. We listened to each other, and, I suppose, learned to share our place. We didn’t have sex, but we carved our initials on the tree.

‘Best mates for ever,’ I said at the end of the summer term.

‘Yeah, right. When you’re a doctor, or a city lawyer, and I’m herding cows. Doesn’t seem likely, does it?’ he said. He was thin, dressed in skimpy clothes too short for his limbs, and that summer evening he had bruises on his arms and a cut lip. Even so, he was a nice-looking boy.

‘Our friendship is more important than money,’ I said, too naïve at seventeen to realise how offensive that was to someone who had none. Who needed to escape more urgently than I did.

‘You don’t know how lucky you are,’ he replied.

I invited him back to my place and Mum treated him like the son she’d never had.

He didn’t invite me back to his. His stepdad was unpredictable and his mother too busy with her other kids.

‘Promise me you won’t go on your own,’ Mum said when I bought my Europe travel card.

‘Going with Ricky and Julie,’ I said. But Ricky had to earn his keep over the summer on the farm, and Julie and I fell out as soon as we got to France. It was better Mum and Dad didn’t know any of this.

When I got back after four weeks of bumming around, he’d gone, their cottage boarded up.

Back at school, someone said he’d passed his exams but his parents wouldn’t let him stay on. There was a row with a teacher on results day; his stepdad lashed out – he’d been drinking. His mum took the three boys and went to some women’s refuge up north.

‘Where?’ I asked. ‘Where have they gone?’ No one knew. No one told. It was safer that way.

I kept trying to find him.

I did go to uni, but didn’t have a settled career, preferring jobs here and there, around the world, keeping in touch but always with a good reason why I couldn’t come home.

But now I have. I walk to the other side of the woods, see the modern estate which has replaced the farm, think of Ricky.

My mobile clicks – a message now I’m out of the wood. Then it rings. ‘Helen, where are you?’ It’s Mum’s anxious voice.

‘Just getting a breath of air,’ I reply. I’m here for a few days because, of course, we need to see each other, but it’s hard to break the old patterns.

‘Don’t stay out on your own,’ she whispers. ‘Dad’s ready to carve.’

Taking the quick way back by road, I listen to Ricky’s message. He reminds me that he’s found a flat for us and he trusts I haven’t changed my mind. He’s the lawyer, not me. He likes his life to be organised and safe, which I understand now.

I think about the tiny shifts and changes that keep the woods a living, breathing place. I think about the paths criss-crossing it; different ways, many choices. I phone Ricky as I walk alongside the edge of the dark woods, say everything is fine, say I’m sure we’ll be together soon.