She Picks Up The Cat 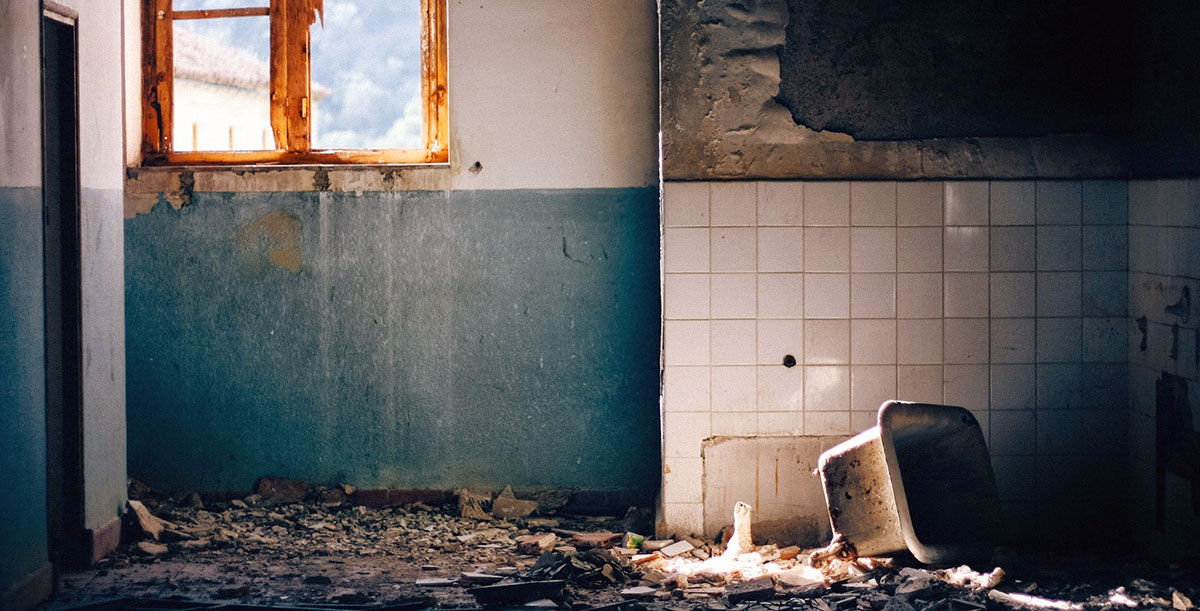 She picks up the cat, climbs the stairs and closes the bathroom door softly behind her. She puts him down and slides the lock into place. He pads about on the lino and looks at her. She knows he doesn’t like the coolness beneath his paws but, for now, he will have to be patient. She runs the hot tap and steam begins to cloud the mirror above the sink.

The website says: Pack an emergency bag for yourself and hide it somewhere safe. She wiggles the bath panel loose, slides it out enough to fit her arm inside the gap and searches for the material of the bag. There, it’s in her hand and she pulls it out.

Be prepared to leave the house in an emergency. She isn’t sure exactly what this means, though she has money on her at all times, like it says. Change for the phone, for bus fares. It’s inside her bra.

She can hear the banging downstairs, the crockery smashing. She imagines the shards of blue plates joining the broken glass dish, the teapot, the coffee cups.

If you suspect that your partner is about to attack you, go to a lower risk area of the house, go somewhere you can find a way out. Avoid the kitchen or garage where there will be knives and other weapons.

She thinks of the knife block, how he knocked it over, chose the one with the serrated blade, brushed her face with its point. How close; how easy it would’ve been for him to press harder, to pull it slowly across her skin. She avoided his eyes, watched as he turned and threw the knife across the kitchen, watched as its handle hit the cat and felt lucky it wasn’t the blade.

The bath is half full now. She pushes the bathroom window wide, looks down to the flat roof below and the back gate that is slightly ajar.

The bag is on her back now, the cat in her arms. She hears his footsteps on the stairs, looks at the door and hopes that the lock will hold.