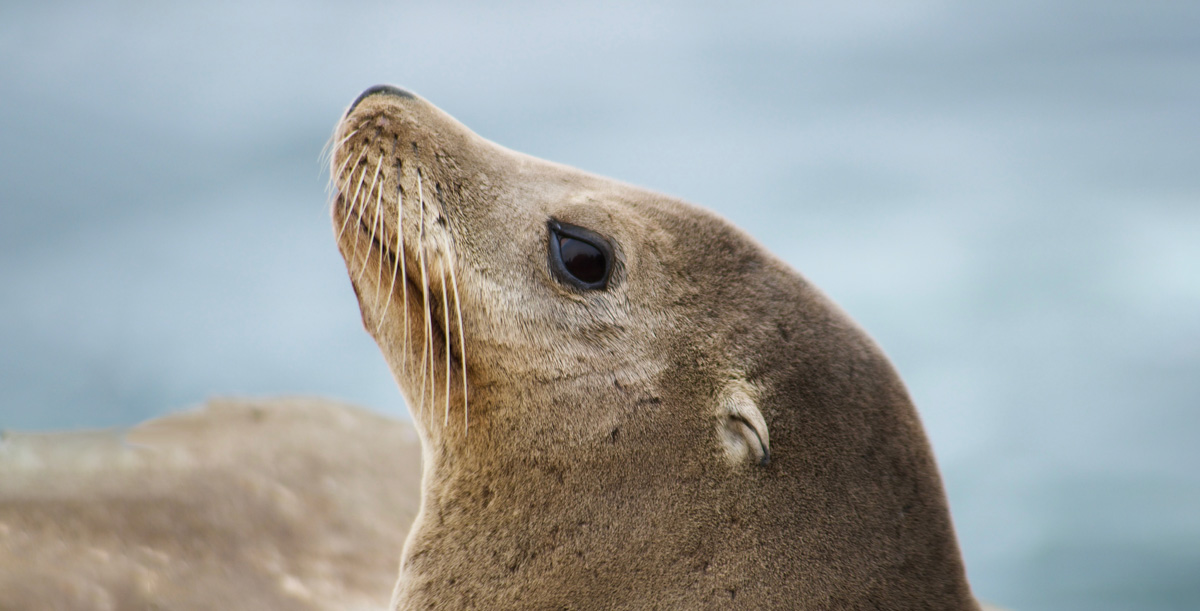 I saw a grey seal in the Tyne the other day. Right up by the Swing Bridge, sitting on the steps! It didn’t seem bothered by the people gawping at it. It lay its great fat body across that bottom step like it was posing for the top shot in a fashion magazine, and barked its quotes. Of course, you see a lot of things on the quayside these days that didn’t use to be there. Most of them are pop-up. I suppose a pop-up seal fits in nicely. I can’t imagine he’ll stay long.

When I was nine years old, we used to play football at the end of Steve’s street in Wallsend, and forget that we couldn’t see any horizon. Swan Hunters’d been building the Esso Northumbria there for what seemed like a very long time to us, and its huge hull blotted out the sky where the houses ended. Dad, a joiner, told me that she was the largest ship to ever have been built in the whole of Britain. When she launched, we all watched. Dad’s face was tight with pride.

You wouldn’t have seen seals in the Tyne when I was a lad. It was too choked up with sewage for anything to live there. But, on a holiday, we used to go out to the coast at Seahouses to look for them. Dad used to tell me which bird was which while we waited, but I wasn’t bothered. I wanted to watch the seals with their doggy faces and sad eyes. I wished I could go down to the bottom with them, even more than I wanted my fish and chips with all the scraps.

When I got a scholarship to a good school when I was eleven, Steve and the rest weren’t too keen on me any more. In fact, they used to throw things at me when I was cycling to it. I got pretty good at dodging, but they still hit me once with a soggy egg sandwich that Steve’s mam had made for him that morning. I never could get the smell out of my bag.

In the juniors, my teacher used to tell us stories about seals. We learnt a ballad about a woman holding a baby and getting sad cause she didn’t know who the father was. It turned out that he was a silkie from the sea, and she never saw him because he spent most of his time as a seal. One day, he came back and took away the child. Dad hated the song and wouldn’t let me sing it.

When I first said I wanted to study computer science at the uni, Dad looked at me for a little while, and said, “Well, some of the engineers at Swans are using computers to design the ships now,” and I knew that he still hadn’t let me go.

The year I graduated from Newcastle, we had bad news about the Esso Northumbria. The design for her had never been right. In making her so big, they’d made her hull too thin, and she was never going to last long. She was broken up into pieces in Taiwan.

When I went to knock on Donna’s door to take her out for our first date, I almost turned around and ran all the way back to our house on the edge of the river. I’d never known how to talk to girls. There was something about Donna that reminded me of the seals I’d watched at Seahouses, though I’d never tell her that. She’d have a go at me in her gobsmacking accent. ‘In the United States, Gerard, gentlemen don’t tell a lady…’ But it was the slipperiness of them, the way they sat all placid on land with their soft eyes, then could disappear in an instant.

Dad was submerging himself in Save Our Shipyards just when I told him I was moving to DC with Donna. As you can imagine, that didn’t go down well. Neither did Save Our Shipyards. By the time my Kit was born, only Swans was left.

The first computer that I ever owned all to myself had ‘Made in Taiwan’ printed on the back on a silver sticker. I was so proud of that first brick of a machine, but I sometimes dreamt about knocking it into pieces and throwing it into the Tyne.

When Donna left us, I didn’t know how I was going to take care of Kit. She was barely two. She’d watch me with those dark eyes that were going to record every tiny thing I did wrong for the next sixteen years, and it almost seemed safer not to do anything at all. But then I wrapped her up in the silky grey blanket she’d had since she was a baby, and sat with her by the window listening to the crickets, and I felt like maybe I could manage.

After the shipyards closed, the Tyne got cleaner, north and south. It’s not only seals you can find there now, said an article on the internet I read the other day, but also: otters, water voles, salmon, pearl mussels, sea trout. And, in the farthest reaches of it, out in Northumbria, swans.

Walking along the quayside now and watching that bold seal sunning itself on the steps of the Swing Bridge, I don’t recognise the place. If Kit was still speaking to me, I’d take her here, see if she could make me like it. Fifty years ago, you’d hardly have gone for a Sunday stroll down the river, through all the noise and cranes and debris. Now you can buy a blondie from one stall and gyoza from another. And because I don’t have Kit to stop me, I catch myself thinking the same thing that Dad used to say when anything changed: ‘Now everyone’ll forget the way things used to be.’

I scattered Dad’s ashes at the beach at Seahouses. When I let the last of them go, a great white bird took flight and hovered for a moment over the sea, before dissolving into the atmosphere. If I hadn’t known better, I’d have thought that it was a swan.