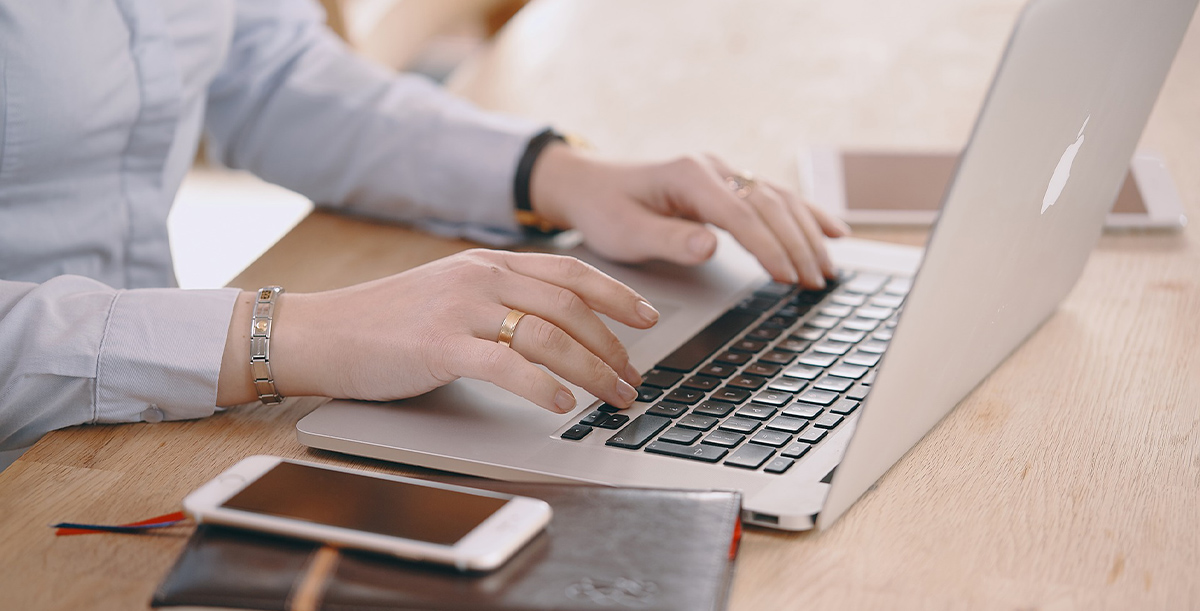 Johnlee82 sent you a message.

‘Can’t wait,’ I muttered around the pen jammed in my mouth and clicked to open the envelope icon on the screen.

Two days into the surreal world of internet dating and already it was becoming tedious. Eighteen new messages sat in my inbox and 567 men wanted to meet me.

They weren’t to know that I wasn’t really me.

You have a beautiful face and body. I would be willing to give you a lot of money for one night.

‘Jesus Christ,’ I said out loud. I hit BLOCK USER and briefly wondered how much was a lot.

I had only myself to blame. I had agreed to take the assignment, do the research and write the article. Who could resist being handpicked by Harry, psychotic editor of the Dublin Weekly?

‘It’s because I’m single, isn’t it?’ I had asked him, no trace of bitterness.

‘It’s because you’ve a woman’s perspective, and you’re good at your job,’ he snapped, a cigarette clamped in his mouth.

I disagreed. I had had a very organic experience with a nameless Navy officer a few weeks ago, a hazy night, wine and musky aftershave. He had made my bed with military perfection and then he had left, his crew cut the last thing I saw as I waved him off, still wearing last night’s makeup and a self-satisfied smile. I had even given him my real phone number.

‘He won’t call you,’ my sister Kate had said. ‘Navy boys, a girl in every port.’

‘Any port in a storm,’ I had retaliated, thinking: first, she was right and that was fine, and second, that was easy for her to say, married and smug as she was, in her big house with tall handsome Dylan.

So here I was, with a fake profile, false information and a dozen pictures of a girl who wasn’t me.

This girl, whoever she was, a figment of Photoshop’s imagination, only a millimetre away from being a stripper, had long blonde hair and perfect teeth. She stared boldly into the camera with come-to-bed eyes and heavy makeup.

My username was Irishinnocence28 – Harry was proud of that one – and my job was easy; straight reporting, weigh the pros and cons of dating sites and find a glimmer of humour in the whole thing.

That was the hard part, though, because there was something about the profiles, the faint whiff of desperation in the brutal honesty, that made me sad.

LovesickJim12 wore his heart on his sleeve, fifty-nine years old and looking for someone to marry after the passing of his own wife two years ago. Something told me that Jim would be lovesick for the rest of his days, but his unwavering hope was admirable, if mildly depressing.

I scribbled some notes about the offer of money for sex and trawled through endless photos of men. Some of them were very good-looking and I wondered what misfortune had led them to this. Others looked like convicts who had just come back from a stint inside.

I stared at the twenty-eight unread messages in my inbox and wondered how many I would have if the profile was really me. Probably not twenty-eight … wait, twenty-nine … thirty.

All these men were being conned, I thought, duped into believing that this was a real woman they were reaching out to, hoping against hope that she might say yes. Then again, how easy it was to lie, to say you had a fantastic job, hundreds of friends, a whirling social life, that you were a perfect size ten. Maybe everybody here was being fooled in some way. Loneliness could be a terrible and dangerous thing.

I started to feel bad, so I clicked open a couple of messages with a view to making them feel they had accomplished something today. It might comfort them on their return to prison.

LovesickJim12 was among the messages, chancing his wrinkly arm.

The face of an angel! May I buy you dinner sometime??

‘Jim, Jim, Jim,’ I muttered, ‘Punching above your weight I think, you old pervert.’

I moved on, determined to make someone smile.

Badassguy3000 popped up – he had ‘sent me a flirt’. I sighed and cursed the crushing paralysis that technology had bestowed on romance. Now you could click a button and call it flirting, not a batting eyelash or a twirling strand of hair in sight.

‘OK badass, you’re up, make it good,’ I told the screen and opened the message he had sent.

If I profane with my unworthiest hand,

This holy shrine, the gentle sin is this:

To smooth that rough touch with a tender kiss. – Romeo

I sucked the end of my pen and read it again. Smooth, very smooth; old school Renaissance romance coupled with a vague undertone of sexual implication. Enough promise to take a second look, anyway.

Flicking through his profile, I could see that Romeo was thirty-five, liked dogs, enjoyed swimming and football and could cook considerably well, listing cottage pie with a sweet potato topping as his signature dish.

‘My hero,’ I mumbled and finally clicked to open his pictures, tempted, if I was honest, to message him back. A sexy wordsmith pen pal wouldn’t be the worst thing in the world…

‘Please be good-looking, please,’ I begged the screen as I waited for his pictures to load.

Then everything came to a sudden, screeching halt.

The man in the pictures was tall with black hair and blue eyes, and he was good-looking in a way that you mightn’t notice on first glance.

This man also happened to be married to my sister, and had no business sending Shakespeare quotes to a fictional blonde temptress with a double D chest.

I zoomed in on the first picture and wanted to throw up in my mouth because there was Dylan, wearing his favourite blue shirt and a pair of jeans, smiling benignly into the lens, and I knew this picture because I was the one who had taken it, two summers ago in the back garden of my sister’s house. Kate had obviously been cropped out of the picture for the purposes of making Dylan look single.

I couldn’t believe this. How long had he been on this site? Before he married my sister four years ago?

Now the problem was what to do about it. Obviously, the right thing to do was tell Kate what her husband was up to and then she could decide what to do with that. Maybe she would choose to look the other way and pretend everything was still perfect because that was the kind of person Kate was. I was the confronter, she was the peacekeeper; it had been that way since we were kids.

I looked again at Dylan’s face, square jaw, faint stubble, big hands. I recognised all of the four pictures he had on his profile. The information bubble at the top of the screen showed that he was still online. Still waiting for a reply. Badass indeed.

I pulled up the reply box and my fingers hovered over the keyboard. This really wasn’t what I was getting paid for – Harry would freak out if he could see me now.

‘It’s research,’ I told myself, already picturing myself holding the award for Outstanding Achievement in Journalism.

I began to type, just a few lines, something to make the bastard think.

I pray you, do not fall in love with me, for I am falser than vows made in wine.

I sat back and jumped as my phone started to ring. It was Kate, of course, bad timing written in her veins.

I answered on the fifth ring, hoping she would give up. No, not my tenacious sister.

‘Get any dates yet?’ my sister asked teasingly. I could hear the hoover whirring in the background and wondered why she had to try and multi-task everything in her life.

Of course I had told her about my new assignment, and of course it was likely that she had told Dylan. But here he was all the same, wooing strange women on the internet.

The speech bubble was flickering on the screen. Dylan was writing back.

‘No dates, Katie, it’s just work, remember?’ I said, tapping my pen against the desk.

‘You have a great job,’ she sighed. ‘Anyway, I’m only calling to remind you that Saturday…’

‘I know, I know, your big anniversary dinner. I’ll be there, I said I would. Twice,’ I reminded her.

Five years married on Saturday, Kate, I thought, and here’s your wonderful overachieving husband trying to get laid, and not by you.

Dylan had written back, the message pulsating in my inbox.

‘Look, I have to go, I’ll see you on Saturday,’ I told my sister and hung up before she could argue.

I opened the message. Only three words, but that was Dylan, succinct and to the point.

I don’t think so. I typed the words, my fingers flying across the keys. I might even have been enjoying myself. There was no way Dylan could possibly know who was on the other side of a computer. Unless, I thought, Kate actually had opened her big mouth, misunderstood the word ‘confidential’ and told him about the job. I reflected for just a moment on my sister and her husband, their strange Stepford routines, their cold, lifeless house and sad, snobby friends. How many stillborn lunches had I sat through with Kate, watching as she pushed pieces of wilted lettuce around her plate? How many charity events had she buoyantly pushed me into – ‘Get involved, come on!’ – as she sat on the sidelines of her own life and practised cheerleader kicks that would never be seen?

Maybe Dylan was just bored, really bored with it all. Maybe he deserved a break, a flirtation, a hobby.

He had replied. He liked the cat and mouse as much as I did.

I opened and read the message, and when I started laughing I couldn’t stop.

Come on Jen, who else could come back with more Shakespeare?!

I picked up my phone and hit the speed dial.

He was laughing too when he answered. ‘Meet me,’ he said.

‘Why should I?’ I was still smiling, though, and my heart felt lighter than it had in the weeks since I had last met him. He had a way of asking that made me feel like I wanted to, which was probably why I was still meeting him after the first time, which I had told myself would be the last.

‘Because you want to,’ he said and I loved the surety in his voice, because he knew I would. The rest, the Shakespeare, the teasing, that was all a game. But when I met him, when I saw him and felt his big arms, the tangled mat of hair on his chest, that was when it became part of a dream.

Because we could say that this never really happened.

‘I’m on my way,’ I said and ended the call. I stared into the laptop screen for a few minutes – maybe I was trying to find my conscience, I don’t know. But still, I reapplied my lipstick and checked my hair, then with the same sureness as Dylan, I pressed one button and big letters filled the screen.