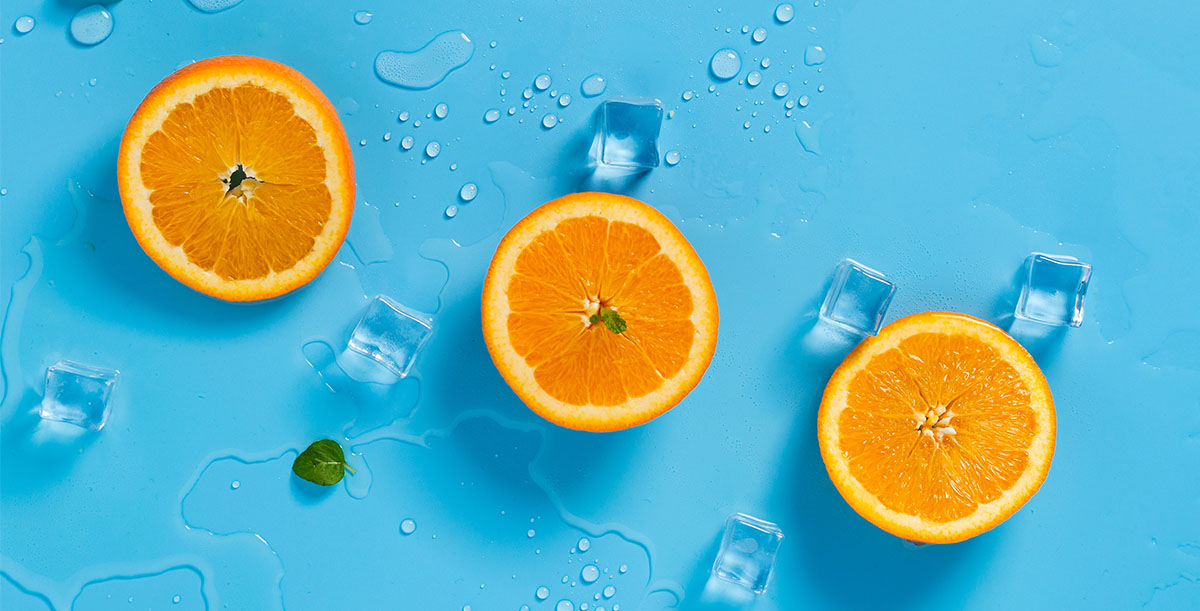 On the first Sunday in November, at six o’clock sharp, as visiting hours at the retirement home ‘Peace’ begin, kyra Efthalia’s daughter arrives. She works as an administrative assistant at the hospital of Patras, two blocks down the street, but she usually visits once a month. She’s wearing a plasterboard-starched beige suit and bright red stilettos, which look like Easter eggs at the back. She sits across from her mother, calves crossed, fingers knitted, face tense, glistening like plastic. Her smile square, full of big dice-like teeth, as if stuck to her face with tape. I greet her and stretch my lips into the most approximate version of a cordial smile.

‘How are you, kyra Katerina?’ she asks. ‘Nobody here to see you today, eh?’ She shows me the armchair next to her mother, who’s chomping on a cinnamon biscuit Marina, the waitress, has just brought, along with three glasses of orangeade, and says, ‘Please, be seated.’ Kyra Efthalia, who’s suffering from severe hearing loss, bends forward, closer to her daughter, her mouth slack, revealing the dribbling gums of a giant baby. The visitor leans back in her armchair, brushes some crumbs off her skirt with diligence and is startled when the rumble of thunder, loud like an angry animal’s roar, makes the windowpanes buzz. She springs up and dashes to the window while thunderbolt after thunderbolt is tearing the cloudy sky into frayed fabric scraps. As she’s observing the cloud formations, possibly contemplating how on earth she could reach her home without having her immaculate hairdo wrecked, I jump at the chance and drop two dispersible zyprexa and two lexotanil oral tablets into her drink, stirring fast with my middle finger. Kyra Efthalia looks totally absorbed, on her way to the fourth biscuit, while bliss escapes her mouth in a cascade of watery crumbs.

At seven pm, as usual, the visitor prepares to leave. Thank God. I was afraid that the storm would hasten her departure before she had the time to consume her drink. When she finally reaches the last drop, adding, ‘It’s so hard to find decent orangeade these days. It’s not at all like it used to be,’ she pats her thin lips with a paper napkin and gets up. She wavers, touches her head, looks dizzy, quite dazed, so I offer to help her. At the top of the stairs, I look around. Nobody. My foot becomes entangled with hers, she trips, falls headlong. I holler, try to look panic-stricken. She somersaults twice, launches herself against the corner of a wooden table and finally lands on the floor, still, as blood spills around her head, like a halo. How careless, the departed, and such a lethally unwise choice of shoes, oh, well, it was meant to be and much more tittle-tattle spreads. I feel no remorse. She perished peacefully, beyond doubt.

On the second Sunday in December, at quarter past six, kyr Thanasis’s son arrives. He visits every four months. A swimming teacher who lives in Athens. Tall, brawny, bronzed, shoulder blades and arms huge like oars. Full of energy. A hard case. He invites me to sit with them. He constantly changes posture, wiggles around in his seat, puffs and blows out his cheeks. Kyr Thanasis slides his glasses up his sweaty nose and gawks at his son, beaming with pride and admiration.

When it’s time for the visitor to depart and after having consumed his orangeade, spiked with four zyprexa and two lexotanil tablets, grimacing and squinting at his glass, kyr Thanasis’s glasses mist, jerk out of place, his ailing feet feebly march on the spot. The visitor pats him on the shoulder with his arm-oar and springs up as if somebody spiked him on his behind with a pin. I’m watching him leap down the stairs and bound ahead to the exit. A hard case.

In about two hours and twenty minutes we hear that his motorcycle smashed into a power pole on the freeway to Athens. So careless and overconfident these young drivers, most possibly speeding like hell, oh, well, motorcycles are the biggest killers, what a pity, such a robust, young man, and much more tittle-tattle spreads. I feel no remorse. He perished peacefully, beyond doubt.

On the third Sunday in January, at twelve past six, kyr Stavros’s son arrives. He visits once every two months. A merchant, according to kyr Stavros. Never learnt what kind of goods he deals in. Always gloomy and dumb. I wonder why he takes the trouble to visit. I don’t expect him to invite me to sit with them, so I take the liberty of doing so. I know he’s too inert to take the initiative. Kyr Stavros inquires about his siblings, their kids, their wives, their cats and dogs, all the relatives there are, along with their pets, one by one, dead or alive. He pants and starts all over again, the whole list from the start, eyes and mouth wide-open, while OKs exit his son’s idle mouth like a turkey’s constipated cackles. The visitor’s eyes are constantly fixed on his orangeade, which he sips slowly, without the slightest expression on his face, or the minutest tightening of the lips. I could well drop rat poison into his drink and still expect him to remain poker-faced. I’m getting worried that I won’t have the chance to carry out my plan, but, thank God, kyra Eftihia’s walking frame drops and she falls flat onto the mosaic floor and everybody – including the visitor, to my astonishment – offers to help. Two zyprexa and two lexotanil pills are enough. He’s lethargic enough.

His Fiat crashed into a huge eucalyptus tree on his way to Amfilohia. Drowsy all the time, a living zombie like himself, who knows how much hash he’d been smoking, merchant my ass and much more tittle-tattle spreads. I feel no remorse. He perished peacefully, beyond doubt.

On the fourth Sunday in February, at twenty past six, kyra Stamata’s daughter arrives. She visits twice a year. I’m sitting with them for the very first time. A classy lady, impeccably dressed and made-up, wine-red lipstick, clever, restless eyes. No idea what she does for a living. Poor kyra Stamata, after suffering a serious stroke, she stutters, omits consonants, loses track of what she says, often talks gibberish. When I inquire about her daughter’s job, she says, ‘umm, umm, a Leo’. ‘I’m not asking about her zodiac sign,’ I keep telling her but she goes on jabbering ‘umm, umm, a Leo’.

The visitor nods repeatedly and squints at her mother’s mouth in her effort to transform the lapses of her sluggish tongue into syllables and – rather too ambitiously – into words. She wipes drool off her mouth and puts her left arm in place whenever that slips down the side of her armchair.

She seems much more affectionate than the rest of the visitors and I really feel bad for having to kill her, but I’ve been mulling it over for a long time and I know that she too has to pay for the deadly sin all visitors commit by abandoning their parents at the old people’s home, like disposable stuff, like old bottles on dusty shelves and dark cellars, all by themselves, amongst strangers, forsaken, away from home and any familial care. She’s sinned and has to pay for it.

Marina brought us mountain tea today. The visitor is smelling it every time she’s about to take a sip. I don’t like that. When she goes to the kitchen to fetch some extra paper napkins, I grab the opportunity to dissolve the pills in her tea. After kyra Stamata has dampened all napkins close at hand, I offer to go and fetch some more. The visitor shows no intention of departing, not even after the end of visiting hours, at eight pm. I seem unable to trace any signs of dizziness on her face. She’s as sober as a judge. In contrast, my jaws hurt and crackle because of yawning too much and I feel I could certainly do with a nap. What’s wrong with me? As I’m leaning back in my armchair, my eyes catch the wine-red rim of my cup and then the visitor’s wine-red lips and then her sparkling eyes on me and then… nothing.

When I wake up, the visitor’s cooling my face with a wet napkin and Marina is placing my feet up on a chair. They’re chatting.

‘What do you do, kyria Prokopiou?’ says Marina.

‘I’m a sommelier,’ says the visitor.

‘What’s that?’ says Marina and I feel as if I’ve been slapped hard on the face.

‘I recommend food and wine pairings and advise guests on wines based on their personal tastes and food choices.’ And then she says something about grape vines and heavy pruning and that in winter they cut off as much of the old wood as possible by pruning down to one cane and on each cane cutting two buds so that each bud will grow into a cane itself and each cane will produce two clusters of grapes. That’s how they encourage the growth of new wood, where the fruit is produced, she says. Her words swim around in my head like uncanny crabs which sting my temples with their pincers. And then… nothing.

When I open my eyes again I’m lying in bed. Marina and the visitor are seated across from each other on the wooden chairs in front of my desk by the window. They’re involved in conversation about wine and how important it is for the proper conditions of storing wine to be assured. The visitor continues saying something about wine cellars, wooden barrels, darkness, humidity, ventilation, temperature and much more that only connoisseurs know about and only they can guarantee.

‘What about the wine bottles the customers don’t want?’ asks Marina.

‘Nothing goes to waste. We place everything on shelves, in cellars, what else?’ She suddenly turns and eyeballs me. ‘Customers have the freedom of choice as much as we have the obligation to form a considered opinion that would benefit everyone.’ I feel dizzy and then… nothing.

When I wake up it’s late at night, I don’t know the time. Recurring flashes of lightning illuminate the room and a clap of thunder blares like a wounded animal’s cries, competing against the siren of an approaching police car or an ambulance, I can’t tell. The visitor’s words have penetrated my brain through my temple, they are sowing thoughts into its fissures, which are bearing buds and canes and which are about to produce fruit. Gradually, the thunder subsides, the animal moans as it slowly departs this life, but I feel no remorse. It perished peacefully, beyond doubt.