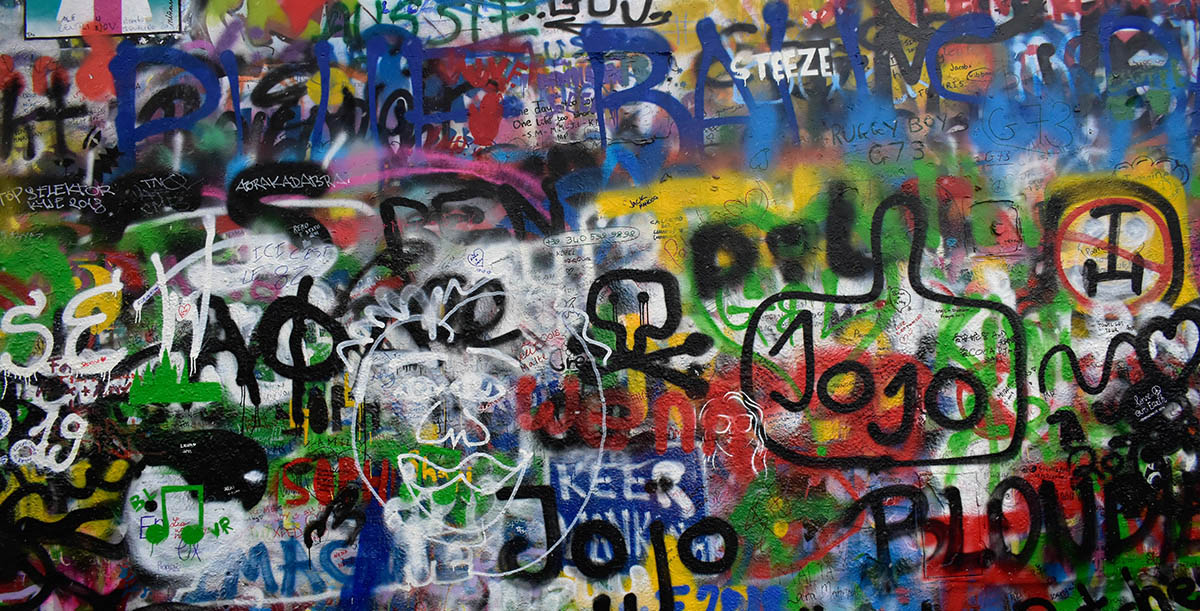 We always just called it The Lane. It was a path between two avenues in the same housing estate with cement bollards at either end. Beer cans, carrier bags and other detritus gathered in its corners and lay hugging the high garden walls at its edges. Animal waste too was deposited there to petrify and crumble; nobody ever cleaned in no-man’s land. At night, older boys tattooed the walls with slogans and images that meant something to them at that time and marked them out as standard bearers for their tribe.

For us children, living on the avenues connected by The Lane meant being combatants in a generational local war that had been waged ever since the housing estate was constructed in the mid-seventies. Roughly midway down its length, a small buddleia bush, the roots of which had found meagre sustenance in a crevasse between wall and path, became the most coveted strategic position. Whoever reached and held the bush during battle occupied The Lane thereafter and earned the right to impose a tithe of passage on children from the other avenue, who became second-class citizens under the new ruling power. The tithe varied in accordance with the whim of the enforcer and had been at various times: a Chinese burn, one strike of a bamboo cane on the backs of bare legs, sought-after bubblegum transfers, and at one point even a kiss, until the more gentlemanly among our number decreed that girls should be granted free passage unless it could be proven that they were spies.

Coming back to the old neighbourhood after so many years for the funeral of one our fiercest warriors felt like walking in slow motion through the terrain of someone else’s past. His name was Fintan Egan, but we all called him General Black because of the dark hair that sloped in thick sheaves over his freckly brow. The priest used anodyne words such as ‘untimely’ and ‘tragic’.

‘C’mon, I’m gettin’ out of here. It’s fuckin’ morbid,’ Boucher said in the local after, placing his drained glass on the bar and tapping me on the elbow. Of us all, he was the only one who had stayed in the neighbourhood. He still lived two doors down from the Egans and they remained close.

We stood in The Lane with our hands in the pockets of our suit trousers; five of us, minus our General. The buddleia bush was gone and the graffiti had not been cleaned off but painted over, and that layer of paint once more defiled by the insignia of new tribes with the same old things to say. Boucher took a permanent marker out of his pocket and wrote slowly, stopping between words to curse the uneven surface and to wipe his eyes on the sleeve of his ill-fitting jacket.

When he finished we stood back and read the epitaph.

By his own hand