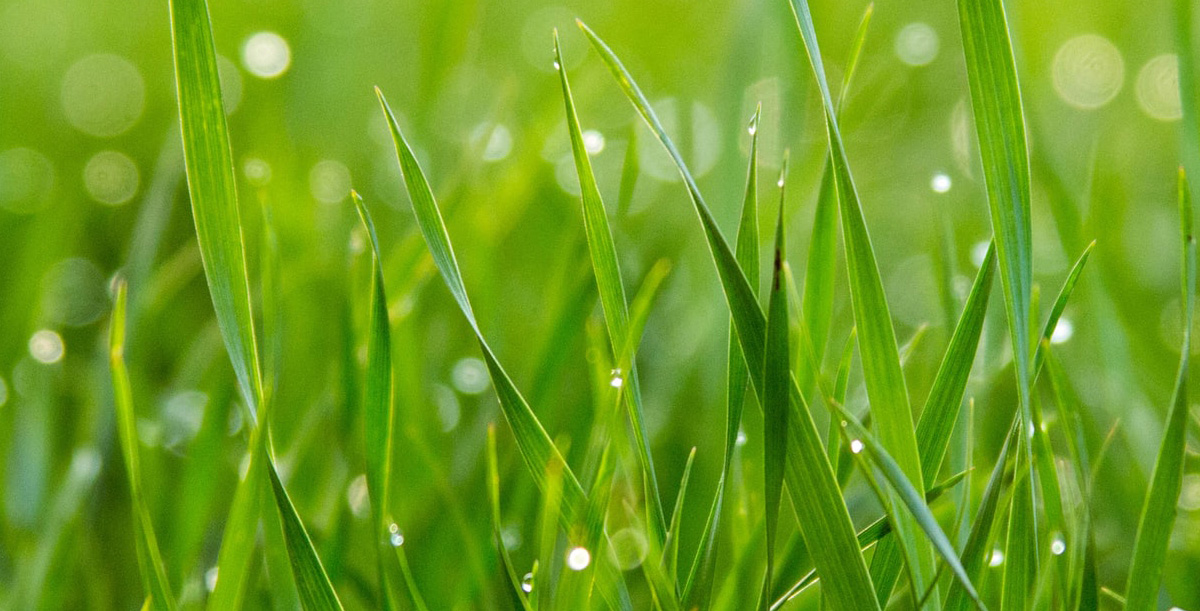 Kimi broke sticks just for the fun of hearing them crack. Dry sticks, thick as the fingers of old men and crooked and brittle. And she’d tread on them in the wood or flex them in her hands or across her knee, and the sound of them breaking was like small gunfire. Everything quiet then and all the fearful wood waiting and watching and expecting more.

And bottles: Kimi threw them hard at stone walls, just for the shriek and music of their breaking; and once she rolled a supermarket trolley into the canal for the clatter and splash that it made. All that, even before Mr Pituka.

Momma said she was no good. She said Kimi was daft as a brush, or two brushes. ‘Not the full shilling,’ momma said, ‘and not all there.’ Momma warned me to be careful with a girl like Kimi or she’d break more than bottles or sticks. ‘You see if I’m not right.’ I didn’t always know what momma meant.

Sometimes Kimi stood in the street with her eyes closed and she was listening sharp as knives or pins or pinches, listening for every small noise underneath the bigger noises. Kimi said she could tell the numbers of buses by the sounds their engines made and she could even tell the drivers from the shifting of the gears or the opening of the automatic doors. And she knew when Mr Pituka was out of his house, too, even if he was a long way off.

Momma laughed when I told her about Kimi saying that. ‘Everyone knows when Mr Pituka is out of his house,’ she said. ‘Ain’t no wonder in that. He slams his door loud as a thunder-clap and his cough is like the bark of an old dog and he sings church songs come rain or wind or shine.’

Mr Pituka’s as blind as lights out or cupboard-dark. He walks with a white stick, tip-tapping through his night-blank day, his head turned a little so it is like he is always looking at the sun, except his eyes behind black glasses are two milk white moons – like the eyes of fish when they are baked – and Mr Pituka sees nothing. He came to our school one day and the teacher took his arm and sat him in a chair at the front of the class, facing us. Mr Pituka talked about how he ‘sees’ what is all around him, only his seeing is something different from our seeing. Mr Pituka ‘sees’ everything through the sounds that things make. He painted a remarkable picture of his world – our world, really.

That’s when Kimi started really listening to things. She said everywhere was a whole lot cleaner if you closed your eyes and all you had was listening. There were no scribbled swear words chalked on the walls and no dead birds pressed flat as paper in the street, or cats, and no girl’s knee-socks had slipped to her ankles. Kimi said the world was a whole lot more interesting, too; but sometimes it was also a little sadder for there were holes in things, she said.

‘Like birdsong when it is interrupted,’ Kimi said, ‘or water running and the tap is suddenly turned off, or grass when it’s cut.’

‘She’s all out to lunch, that Kimi, and not the full picnic,’ momma said. ‘And nutty as a fruitcake and not right in the head.’

I didn’t know what Kimi meant about the grass being cut. Momma didn’t know either. Kimi said grass makes a sound when it grows, those tiny green blades shifting against each other – like the sound of cats when they rub up next to your legs, their curling and uncurling tails brushing your calves; like the intake of breath before a dive into deep water; like a lover’s touch. Kimi actually said that – ‘like a lover’s touch’ – and she stroked my cheek, just with the soft tips of her fingers, and I heard momma’s voice in my head saying over how I’d have to take care, for Kimi’d break more than sticks and bottles one day.

‘Like the sound of a lover’s touch and grass is the same,’ Kimi said. ‘Except when it is cut and it makes no sound at all then, not even the sound of weeping or bleeding.’

And Kimi took me up to the airport once. I sat on the back of her bike, my skirt rucked and tucked into my pants and my arms wrapped round Kimi’s middle. It was a breathless day and we laughed and shrieked like gulls, and Kimi made me promise not to tell.

‘Swear,’ she said. ‘Swear on your momma’s life, on your own life. Swear to God. And cross your heart and spit on it.’

The promise was enough without the swearing or crossing or spitting, for I would never break a promise made to Kimi. She once told me that everything makes a sound when it breaks and a different sound, and if ever I broke my promise not to tell then I was sure Kimi would know for she would hear the sound, sharp as gunfire or dry sticks snapping.

There’s a fence up at the airport that keeps you out, and signs written in letters big as shouting fixed to the fence so that it’s clear, but Kimi knows where the fence has a break in it, where the chain-link is unwoven and unraveled in a jagged tear that snags like goblin-fingers at your clothes and your hair if ever you dare to climb through. Kimi threw her bike down, the front wheel spinning in the air, and she dipped her head like bowing and climbed through. I said I wasn’t sure. I said there were rules and reasons for rules and if we were caught then there’d be a price or hell to pay, for us and for our parents. Kimi just shrugged and she said if I wanted to hear grass growing this was the place to come.

‘Grass growing,’ momma scoffed. ‘That Kimi is round the twist and no mistake. Cuckoo daft she is, I tell you, and cracked in her head. Grass growing – whoever heard the like!’

But Kimi was right and after, well, I never could tell – not momma and not anyone, for I had sworn not to.

Kimi was right about grass and the sounds that it makes. There are patches of uncut grass on the other side of the airport fence and when we lay down in that grass, laying on our backs with the sky like a flat slab or a blanket pulled over us, it was as though we were in another place. Kimi said we’d to close our eyes and listen.

Between the roar of the planes – and they made my ears ring we were so close to them – there was a different sound: a silence at first that I thought was empty, as though it was the absence of sound, like church-quiet when the service is over and everyone is gone and the minister is gone, too, and maybe even God – a closed-prayerbook quiet.

‘Really listen,’ hissed Kimi. ‘With your eyes shut and every part of you still and not even breathing, really listen.’

And she was right – grass does make a sound, even beneath the buzz and saw of crickets or bees. It is the sound of undressing in the dark, the small rustle of cloth against the skin, like a sigh or a breath, or the sound of a kiss just before it is a kiss and it is first only breath on my cheek or my lips, or the sound of a touch when it is a caress, Kimi’s hand laid gentle on the flat of my stomach. It really is all of those things and I swear to the truth of that, too.

The airport security guard thought we were mad as sticks and he kept sucking and blowing air and shaking his head like he couldn’t believe it. He said we had put ourselves in danger, sure as eggs, and he would have to tell our parents if ever we were inside the fence again, or the authorities he would have to tell. Kimi said his words were all scold and bark, but she said if you listened there was no bite in them.

My heart was hammering and I could feel it beneath my blouse and maybe I could hear it, too.

On the way back Kimi sat me on the seat of her bike and she held the handlebars and pushed. She did not speak and neither did I. We did not need to. I put one arm across her shoulder and my hand caught in her hair and I did not look to untangle my fingers.

The street was all lamp-lit yellow when we got home and Kimi helped me onto my feet. We were standing close like we were almost the one person and she reminded me of my promise not to tell and she kissed me to seal the deal. And there it was, when she pulled away and walked off to her end of the street – there was the breaking that momma had warned me about and it was my heart that broke then for I knew there would only be the one kiss and it was gone now and nothing left but the sound of the electricity humming through the lampposts and moths brushing their wings against the light and bats seeing the world like Mr Pituka.

I never did climb through the torn fence again or lie under screaming planes or listen to airport grass growing. But Kimi kept on breaking things, to see the sound they made when they broke; she was used to that, and I think she continued to go up to the airport on her own, going when it was dark as pockets or blinks, and she lay down on the grass and listened.

And momma said to me, for no reason I could understand, that hearts when they are broken, mend again. ‘In time,’ she said, her words soft as whispers, and she smiled and nodded and stroked my hair and just maybe, I thought, she understood.

And at night, even now, I undress in the near-dark of my room, the curtains drawn shut and streetlight leaking in through the gaps, the slip and sliver of gold, and I close my eyes, tight as fists clenched, so I can listen sharper, listening to kisses that never will be and Kimi swearing me not to tell; and I slowly lay down on the bed, and I dream of grass growing, and cat-tails brushing the backs of my legs, and the breath just before kisses on my cheek and on my lips; and I dream of Kimi, too, and the whole world breaking.

‘Hearts mend in time,’ momma said, and I just have to trust to that.

For more writing by Douglas Bruton, see his novella Blue Postcards, published as part of the Fairlight Moderns series in July 2021.