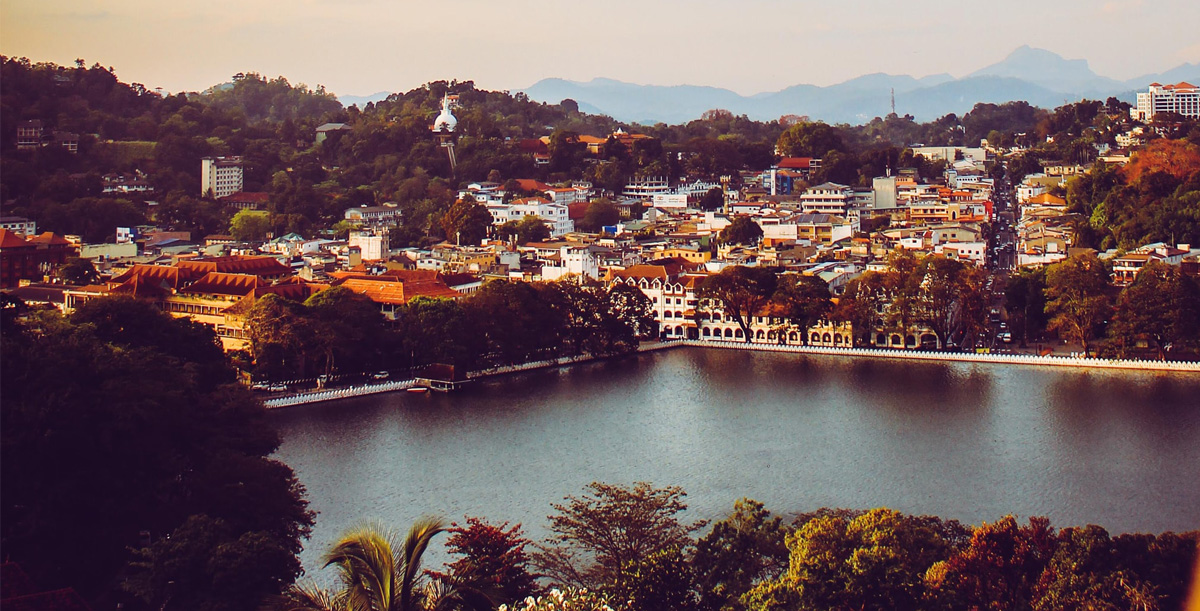 She came from a wealthy family, she said. Her father owned a string of cinemas and a newspaper. But somehow things went wrong after her husband died, and now all she’d got left was this house she wanted to sell. ‘Won’t you come along and look at it? I’m not asking much. I just want to be rid of it, it’s too much trouble to keep up.’

In her fine red silk blouse and black bell-bottom trousers she recalled some faded fashion page from fifty years ago as she walked on high-heeled sandals with a polished black Malacca cane in her hand – not because she was lame, she said. No, she was half-blind and the cane helped her feel the uneven ground before her, so she wouldn’t trip and fall. She could see shapes, but not colours. And the shapes were dim. ‘Until you spoke, I didn’t know if you were a man or a woman,’ she laughed.

Her hair was white and her Eurasian face quite pale – she was a Burgher, she said proudly, descended from Dutch settlers in the eighteenth century. Her lips were slashed with clumsily applied violently bright lipstick, which jarred with the dark red of her blouse. Both her lipstick and her greenish eye shadow were blurred, melting in the humid midday heat.

Her driver, a gray-haired Sinhalese with faintly raised shoulders, as though he was chronically shrugging, walked beside her, while she strode purposefully on, sweeping her cane from side to side over the broken pavement. People stepped out of her way – even saffron-robed monks, waiving their right of sacred precedence. Shopkeepers greeted her, ‘Hello, how are you today?’

‘Fine, fine,’ she called out cheerfully, smiling and peering vaguely at the unknown voices.

The driver touched her arm as they approached an old British Rover car and she paused, waiting for him to open the door. He guided her in and settled her in her seat. She smiled and patted his arm.

The house was on a small hill on the outskirts of the city. As the driver helped her out of the car, she waved her cane over the lush green trees below and the lake and temples that she couldn’t see. ‘Wonderful view, isn’t it? You should come in August for the elephant parade. You came from Colombo by train, you said? Lovely views there, too, aren’t there, from the observation car? Oliver used to love that journey – my husband. Never tired of it.’ Turning to the long veranda of the house, she climbed the steps, holding the driver’s arm. ‘Well, here we are.’ She kicked off her sandals and the driver stood them neatly by the loosely swinging fly-screen door as she walked on barefoot.

It was a large house, rambling and decayed. The wooden railing of the veranda was worn and rotting, the large lofty rooms untidy and unswept, cluttered with furniture, books and age-worn magazines. Several large paintings leant against the moulding walls like bored spectators at a village show. The old lampshades were grey with the dust of years. Half-broken bamboo blinds hung askew over the open windows. But the carpets and rugs that lay on the stone floors glowed with deep colors through their veil of dust.

‘Aren’t the carpets beautiful?’ she asked as the driver helped her to an upright black-wood Chinese chair. ‘Such wonderful colours! If only I could still see them.’ She laid her cane carefully down on the floor, daintily crossed her legs and leaned back. ‘Oliver used to collect them – Persia, Kashmir, China… He used to travel everywhere. Would you like some tea? It’s grown here, of course, up in the hills.’

The driver inclined his head and moved silently away towards the distant kitchen, switching the grimy ceiling fan on as he went.

‘Don’t forget Charlie,’ she called after him. ‘Our pet rat,’ she explained casually. ‘He comes into the kitchen every day for his food. Well, he’s not a pet, really, he’s wild, but we leave something out for him and in he comes through a little hole in the kitchen door fly-screen. Only hope a snake doesn’t slip in too. Well, a krait did once.’ But she laughed unconcernedly.

A bird twittered somewhere and she turned her head. A rattan bird-cage hung behind her, trembling faintly in the creaking fan’s breeze. Two Java sparrows cocked their white-cheeked heads and chirped quietly from their perch with bright inquiring eyes.

The birds chirped back loudly now, raising their red beaks, perkily twitching their heads. ‘They get angry if I don’t say hello,’ she said. ‘Won’t sing all day. Why don’t you take a look round while we’re waiting for tea? Go on, make yourself at home.’

When the tea arrived and he was seated again, ‘Well, how do you like it?’ the old woman asked. ‘There’s a little cottage down the hill we can move to if you buy this place. No hurry, take your time. I know you have to think about it.’

The driver poured the tea, a thick milky brown, from an old red thermos. ‘Masala chai,’ she said as she carefully took her cup. ‘We make it with condensed milk. Oh, you know? You don’t mind? Oliver used to love this tea. But then he got Parkinson’s and never touched it again – did he?’ she turned towards the driver.

‘No, never,’ The driver shook his head slowly and gravely. He sat down on a low stool near her and clasped his hands round his knees.

‘Yes, he died nine years ago,’ she was saying. ‘I married him because he made me laugh. And he still did when he had Parkinson’s, although he made me cry as well of course.’ She peered across the room as if it was dark. ‘See that chair by the door? He kept seeing someone sitting there. ”Tell that lady it’s time to go,” he’d say.

‘”That one sitting there!’

‘So I’d go across and bounce up and down on the chair and say ”Look Oliver, there’s no-one there, only me.”

‘I’ve never sat on that chair again since he died. Not once.’

She felt for her cup and raised it to her lips with a faintly trembling hand, then placed it carefully down again after taking a bird-like sip. ‘The week before he died, he said he had to go to the station. ”What for?” I asked, but he wouldn’t say. He kept on and on about it till at last I said all right, let’s go if you want to so much. I drove him down there – I could still see to drive then. So he marched off to the booking office and rapped on the window. You know that funny walk they have with Parkinson’s? As though they can’t stop?

‘”Back where?” The man was getting impatient.

‘”Back to the beginning!” he shouted.

‘“The beginning where?” the clerk shouted back.

‘Oliver just went on shouting ‘Back to the beginning!’ He wouldn’t stop, I had to pull him away. Oh yes, he made me laugh all right.’

She hesitated, pressing her smudged red lips together, her dimmed eyes blinking several times. ‘But I suppose he was right,’ she said now in a changed, faltering voice. ‘That’s where we all want to go, really, isn’t it, when we’re near the end? Back to the beginning?’