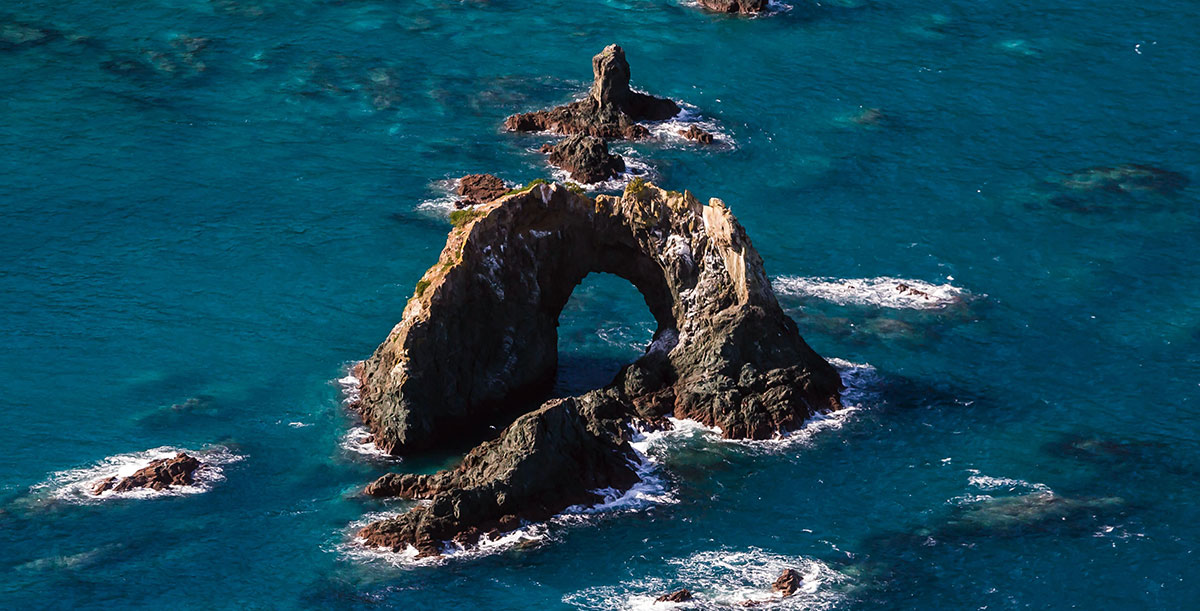 ‘Are we there yet?’ I asked Ben, creasing a sweet wrapper into a triangle shape. I never can stop working.

‘You asked me that five minutes ago, and no, nowhere near.’ Ben is staring at the thin sliver of road ahead, only illuminated by our headlights.

‘Barbara, I’ve told you, it’ll be hours. We’re not even into Cornwall yet.’

‘Drat the war! Drat the Germans!’ I raise my voice in anger, then lower it rapidly.

‘Shh!’ Ben hisses through the steady swish swish of the windscreen wipers. ‘You’ll wake them, let them sleep.’

‘Yes, the popsicles, let them slumber. They won’t know what’s hit them when they wake up,’ and I start to sob softly, so as not to wake the clump. (Is three children a clump?) I peer around into the dark at a bulky mass of woollen blanket, from which emerges an assortment of legs and small heads with closed eyes and rosebud mouths peeking out.

‘It’ll be alright, you know,’ Ben assures me and takes his hand from the tan leather steering wheel and clasps mine.

‘For God’s sake, hold onto the wheel!’ I bark. ‘This old heap of junk was only seventeen pounds, who know what state the brakes are in.’

‘It was cheaper than the train fare,’ Ben mutters.

I notice his high pate (I never call it receding hairline, even to myself) shining in the headlights. ‘This might be a good move for us – the countryside, the beaches, great for the children…’

‘Great for the children! What about me?’ I reply bitterly. ‘I had to leave my studio – all that space to work in, my latest peace.’ I close my eyes and visualise a grey blue rounded stone, smooth as silk, on a plinth. I’d hewn a hole out of its centre, to remind myself how expressive space, the gap between things, can be.

‘It did have a glass roof, not a good idea with the bombs,’ Ben replies waking me from my thoughts. ‘Anyway, there’ll be all the space you need in St. Ives, you wait and see. We’ll rent an old house with outbuildings. All our friends are leaving London anyway.’

I stroke the aluminium dashboard, scored with years of scratch marks.

‘I suppose you’re right…’ and then I pause, as I hear rustling in the back, which is going on too long and too persistently.

‘Mummy, can I have a drink?’ A tousled dark head emerges from the blanket, bleary eyes stare towards me. Rachel.

‘Of course, dear,’ I soothe her, and unscrew the glass water bottle. Leaning over, I press it to her lips, and she gulps a long draught, all the time meeting my gaze.

‘That’s enough, or you’ll be wanting us to stop the car.’

‘How long before we get to the sea?’ she asks.

‘Not long now, settle down or you’ll wake the others.’ I pat her down into the blanket, and she submits to sleep after a little thrashing around.

As I turn back to face the endless dark road, lit only by our headlights, I catch a glimpse of my reflection in the windscreen; a woman with a geometric-patterned headscarf over her hair, her high domed forehead creased with horizontal furrows, her thin lips smeared with plum lipstick.

‘For what? For giving me triplets? Well, if I call myself an artist, these three must be my greatest artworks’.

‘Let’s just say that you got more than you bargained for. Three kids when you thought you were expecting one. And with Paul as well.’

Paul. Ten now. Off with his father till we get settled in Cornwall. I recall the sculpture I was inspired to make of him after he was born, a compact baby lying on his back; I was trying to describe the perfect curves of his body and transmute it into the ebony wood. I think I succeeded. Infant I called it.

The windscreen wipers swish swish… Ben is lighting a cigarette, and I reach over to help him with the match. It flares orange and blue.

‘It’ll be easier out of the city with the children, you might find you prefer it.’

‘Honestly Barbara, we’ll all have the beach, the open air, the sea.’

When I think of the countryside, it’s always the West Riding, where I was brought up, the mystery of the hills and vales. Not the open space of the wishy watery sea. ‘For God’s sake,’ I snort contemptuously.

‘But the sea might inspire you. I know St. Ives. It’s beautiful, primitive, evocative,’ Ben protests.

The sea. I sink back into my leather bucket seat, where so many passengers have travelled to new destinations before me, burning their cigarette burns into the worn seat along the way. How can I explain to Ben how a Yorkshire woman brought up near the awesome clefts and rolling hills would feel about any other landscape. Hewn rockfaces of stone, solid and comforting.

‘Nearly there.’ Ben rubs my knee hours later. I have been dozing with the children. I was dreaming I was floating over the open green vales of my childhood, and had a sudden yearning to go back there.

It is pitch black, it is midnight, and the old car draws up to a house with a courtyard, and shudders to a thankful halt. There are still lights on, illuminating high sash windows. I see Adrian’s slim silhouette moving down the steps, backlit by the evening light.

‘You’re here!’ He is ecstatic to see us. ‘I can’t believe you actually made it, left the Big City!’

‘No choice really,’ Ben replies, and then they are embracing tightly, laughing loudly into the dead silence of the countryside.

After we have woken the triplets, and met Adrian’s wife, we settle the children into one huge double bed, where they resemble a twelve-limbed creature. As we fight off the Stoke’s cat, Ben admits he is exhausted and wants to sleep. I don’t want to, can’t sleep, and declare I will sit in the lumpy chenille sofa in the corner of their charming little living room. I will read and have a smoke, till the sun comes up.

Ben chortles. ‘Never say you can’t to Barbara Hepworth,’ is his last aside as he disappears to bed.

‘I want to see what the landscape here looks like. I want to see where I am,’ I explain to their departing backs. I grab a Picture Post magazine, and gaze at its gritty monochrome images of sooty faced miners for what seems like hours. I drum my fingers on the coffee table impatiently. What time does the sun come up round here?

The sun is rising, an orange ball with myriad pink glows echoing across the sky, as I close the gate of the Stoke’s garden and walk towards the beach. Under my feet a pale gold sand crunches, and I raise my eyes to the shoreline – the Atlantic. It is dramatic, eternal, terrifying with such a mass of water. My eye escapes to the ocean focusing on the horizon – you could float a bottle all the way to America from here. Rolling waves rise and crash with a booming hypnotic sound. A lone seagull caws a macabre cry. The sea is never the same colour twice; tomorrow it might look turquoise, or royal blue. But today it is charcoal grey, almost liquid silver where the sun is hitting the tips of the waves. Then a memory surfaces from the depths of my conscious – Robin Hood’s Bay, the house my family used to rent every summer for a week. How old was I? Seven? Eight? The sea was so close to the house that the waves would crash up onto it during a storm, nearly reaching the attic room, where I was staying. I would lie there at night, equally excited and scared at the…scale of it all. And each morning I would creep down to the beach at dawn to collect stones and to paint. How could I have forgotten! Just like today…

I kneel down in homage to the beauty of the ocean, which I recall from the child in me. I glance behind me and notice a cluster of rock-forms further up the beach, three of them, human-sized, looking for all the world like weird sisters – granite grey and sitting there, eloquent in their mute solidity.

Then I run my left hand, my sensitive feeling hand, though the fine-grained sand and move it around like a surrogate wave. It is such a soothing feeling to be on the beach. Then my hand encounters a small smooth stone. I hold it up in my palm, admiring it. I gasp, for it could be a maquette of the sculpture I left behind on its plinth. It is blue grey, mirroring the colour of the sea today – a painter could have picked a lovelier colour – and it is circular, smoothed by the sea for a thousand years, almost silky to touch.

It has a hole, off centre but also perfectly round, where the sea has flowed through. Its sculptor was the eternal timeless sea and the millennia of water. In the same way my sculptures are shaped by me over months by my sensitive hand. But it is a message.

I keep holding the stone tightly in my palm as I walk back to the house. I want to take some of the beach with me, to remind me. I know I will return here every day.

Barbara Hepworth lived for the reminder of her life in St. Ives (for 37 years), and from that time on all her art was inspired by the sea.