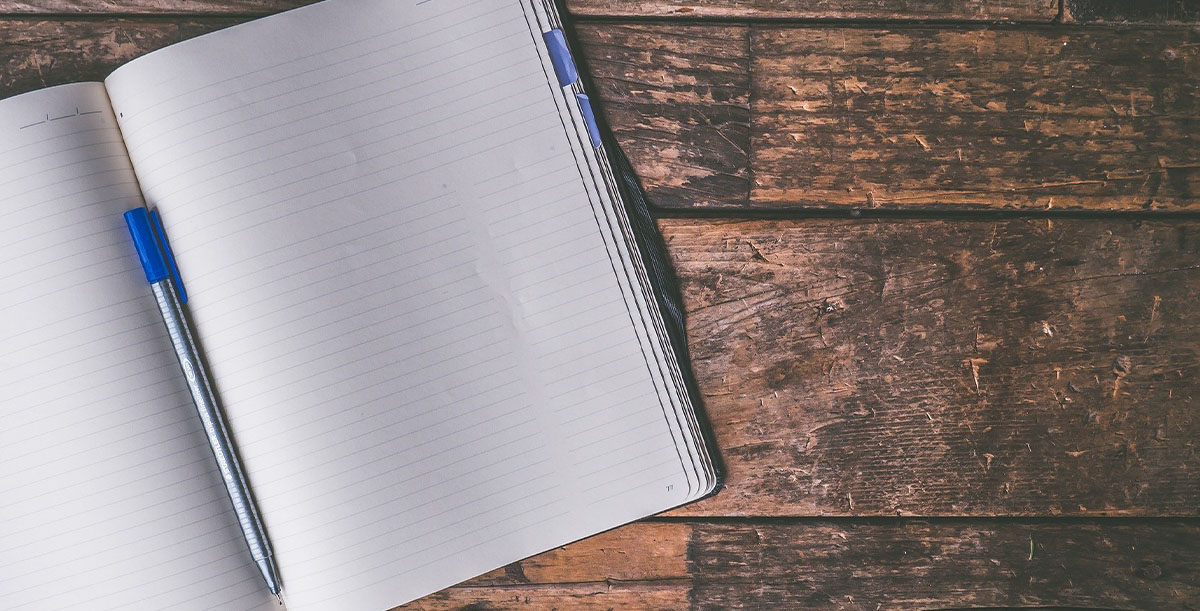 On Tuesday, Neil slaps Anna for leaving a knife unwashed in the kitchen sink. The stinging flat of his palm against her cheek is forceful enough to knock the back of her head against the gleaming cooker hood. Anna apologises. She mentally marks his assault as a four on her private scale from one to ten. One mark up from when he pushed her against the wardrobe last week. She is waiting for him to cross the halfway point on the scale, to do something bad enough to justify her leaving.

She wonders if other women put up with this sort of thing. Does she need to wait until he leaves physical evidence of his assault behind? The slap leaves a mark, but the mark fades quickly. She doesn’t have any friends whose opinion she can ask. Neil says they don’t need anyone else, just each other.

Anna asks Neil if it’s OK to go for a bath. He’s always more agreeable, after. She sneaks her mobile phone into her dressing gown pocket, locks the bathroom door and trawls the relationship boards on an online forum. She’s looking for someone to give her the answer – an answer she doesn’t seem able to find for herself.

She learns – from a series of strong personalities with bizarre usernames – that Neil must have seen her coming. That he probably picked her on purpose: he’s circling, she’s carrion, and he’s waiting for her to give up and roll over. She wonders what he’ll do if she does. She wonders whether she has already and just hasn’t realised.

On Wednesday, at work, she googles ‘how to form your own opinion’. She finds a website with some easy-to-follow steps. She tries to pick a subject, work her way through the list. Does she believe in God? Abortion? Conservative or Labour? If you asked her opinion, would the answer come easily? Or would she scramble to recall the last words he had to say on the subject?

She looks up at her co-workers in the beige open-plan office. Their conversations ebb and flow with ease. What music does she like? What’s her favourite film? Colour? Book? She stares at her computer screen, a hot flush of embarrassment rising. How can she have absolutely no idea how she feels about any of these subjects? She knows she is not without intelligence; she just can’t seem to find any confidence, surety, an anchor within herself.

On Thursday, she buys a notebook. Plain purple cover, wide ruled lines. She buys a black pen too, with gel ink that flows freely. She’s decided that her opinions must be in there somewhere, and that if she just writes for long enough they’ll come spilling out of her, like marbles in a game of KerPlunk.

On the first page, she writes ‘My favourite colour is…’ and without thinking, the answer comes. Purple. Easy. Why else would she have chosen a purple notebook? Next, she writes ‘My favourite food is…’ This one requires a little more thought, until a picture pops into her head. Her mother, dishing out lasagne, followed by Baked Alaska with candles in it. The same meal, every birthday, until she left home. Why? Because they were her favourite foods, of course. They go down in the notebook, the black ink gliding over the page. She allows herself a moment to think about her mother. She was a people-pleaser too – everything for everyone else and nothing for herself. Her hobbies were cooking and cleaning. Her aspirations nothing loftier than getting tea on the table for 5.30 every night. If Dad walked through the door just as she was turning the oven off, she would glow with secret pride at her expert timing. After Dad died, her mum just gave up, and Anna learned to cook for herself.

On Friday, Anna adds more to the notebook. She starts off with simple questions – favourite book, band, TV programme, film. She finds that if she closes her eyes and lets her mind wander, sooner or later a snapshot of a memory floats into view. The feeling of elation when she finished reading Wuthering Heights; the anticipation of a new episode of Friends. These were things she’d enjoyed before Neil. Now, she enjoys The World at War and reads newspapers, not novels. Neil has shown her that Friends is trite, trash TV with no educational value whatsoever.

By the following Monday, Anna has moved on to more complex scenarios. What would she save first if the house were burning down? Who would she most like to invite to a dinner party? Does she believe in animal testing, gay marriage, nuclear weapons, euthanasia? She relies on her gut instinct as a first response, reads some facts and figures on Wikipedia and comes to a decision. All by herself. She discovers that she would save the family photo albums her mum has given her; that she’d have Morrissey round for dinner (vegetarian only, of course); that animal testing is OK for life-limiting illnesses, but not for cosmetics; gay marriage perfectly acceptable; nuclear weapons not; and that euthanasia would ease the suffering of many. She formalises all these opinions in the purple notebook. She starts to use the back pages of the notebook to list Neil’s offences, his scores on her scale. They seem more real that way. At home, she watches The World at War diligently. She imagines prisoners of war plotting their escape, quietly forming thoughts of her own.

On Tuesday, Anna spends her lunch hour in the bank. Eric – forty years’ service and proud of it – helps her to set up a new current account. When he asks cheerfully where her other half is, Anna opens her mouth to answer, but starts to cry instead. Eric hands her a tissue and brings her a plastic cup of chemical-flavoured water. He doesn’t mention Neil again. He says, casually, that she can arrange to collect her new debit card from the bank if she wants, instead of it being posted to her home address. Anna nods and signs the paperwork. She goes back to work and gives her new account details to Julie, who processes the wages. She has three weeks until payday, when Neil will notice that her wages haven’t gone in. Back at her desk, she uses her work email address to set up an alert on Rightmove for houses to rent.

On Tuesday night, Anna asks Neil if they can watch something other than The World at War. Neil decides that Anna is full of herself and needs taking down a peg or two. He drives her to A&E afterwards, drops her off at the front door, because he won’t pay those robbing bastards £1.20 an hour to park. Her right arm is broken, and she comes out four hours later with a cast the length of her forearm, but without any money for a taxi. She walks three miles home through late-night drizzle without a coat, sticking to the main roads for safety. Three miles is long enough for Anna to decide that the broken arm is bad enough, a definite ten on the scale. The permission she needs. She spends the night in the garden shed, on a cobwebby plastic chair. She knows better than to knock on the front door.

On Wednesday morning, Neil finds her curled in the chair, fast asleep, the cast on her arm a scratchy pillow. He lets her inside to make his breakfast. He tells her she’s different. Something about her has changed; he can’t put his finger on it, but he doesn’t like it and it has to stop. She apologises and agrees. He tells her he thinks it’s those jumped-up jobsworths she works with, and that maybe it’s time she handed her notice in. She nods, silently. He tells her she might as well do it today – it’s not as if she can get much done with that cast on. She shouldn’t even bother working out her notice – what will they do to her if she refuses? She says she’ll go straight to work, tell them and come straight home. Neil says he’ll drive her, that she shouldn’t be walking all that way with her arm in that state.

Anna sits in the passenger seat of the car that Neil cleans every other day, concentrating on slowing down her breathing, stilling the overwhelming panic rising inside her. She thinks about the purple notebook in her desk drawer. Perhaps no one will know that person now. Who would recognise her, anyway, from its contents? It was a description of the person she was about to become, not the person she had always been. She realises she has been writing herself a new personality, in readiness for an escape that seemed so near, and yet now seems so far.

Neil is singing along loudly to the radio, giving way to other cars, indicating at every junction. He finds a parking space on the road outside Anna’s office straight away, congratulates himself on his luck. He waits in the car, windows down, tapping on the steering wheel, while Anna goes into work to tell them she’s leaving, to collect her things. He doesn’t offer to go with her.

Anna swipes her security pass, pulls open the heavy glass door with her good arm and passes by reception, heading for the stairs.

The beige open-plan office is empty, except for Marion-the-admin-lady, glasses on a chain, silver hair, proficient touch typist and office busybody. She is standing at Anna’s desk, talking on Anna’s telephone. She tells the person on the other end that she’ll pass the message on, thanks them and hangs up.

Anna hesitates in the doorway. Marion sinks into Anna’s chair, picks something up off Anna’s desk, holds it out towards her. It is the purple notebook. She looks at the cast on Anna’s arm.

Marion crosses the room, puts her arm around Anna, leads her to a chair.

‘That was Eric, on the phone, from the bank. He says your debit card’s ready – you can collect it whenever.’

She passes Anna a tissue, crosses the room to switch on the cheap plastic kettle and softly closes the office door.

Neil waits in the car outside the office, drumming his fingers on the steering wheel, smiling to himself.