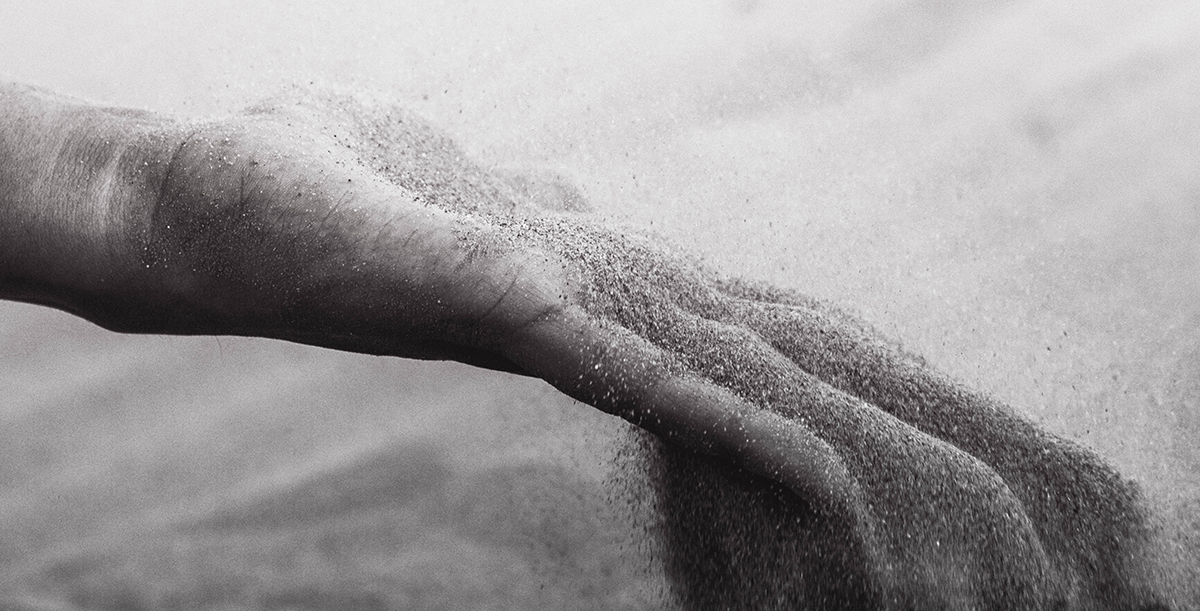 She ran her tongue over his teeth in a final taste that ended him. When he was gone after her promises, she showered within the scaled cubicle, her skin puckering in the mist and toes gripping the tiles. There was mould in the corners, black spores gathering and she held her breath. She dried herself on his towel and its embrace reminded her of her father. His toothbrush was too large and the other one was not hers so she used her finger, squeaking in her mouth like a cloth on a mirror. Minty and soaped she was clean on the surface at least.

In the bedroom she found her underwear and dressed for the night before as though remembering an accident. Sunlight caught the dust in the air that was floating galaxies of dead skin. Particles of him and her. They were covered in each other. She sat on the bed where they were. It was alive with creatures that she could not see. She knew they were there. Tiny horned microbes, many-limbed and bustling amidst the sweat and semen. She rubbed her bare arm, smooth from the wax. The tiny hairs on her landscape would sprout up soon. She would turn to liquid one day, she thought. She pictured herself decaying into his parquet, black goo and putrescence on the varnish, a feast for the beasts.

The air was heavy with his absence. She went to the windows that were too large to understand and peered behind the blinds. Daytime roared with a searing light and the raging of the city below. She turned her back on it. He had left his watch in his hurry, curled and stopped on the wooden floor by his bed. She picked it up, slipped it over her fragile wrist. She wound it, noting her chipped thumbnail and her swollen knuckle, the erosion of colour on the tip contrasting with the growing purple. The watch slipped nearly to her elbow. She did not fit but the cogs ticked against themselves and the universe spun again. She held the face to her ear and was thrilled by the regularity. There it was. The attempt to make sense of it all.

Her high shoes were in the hallway, pressed together where he had tidied them. The front door was closed and she skated over in her tights, fixing the dead bolt and security chain once more. His mobile rang quietly and she recognised it on the side table by the dangerous lilies. Her vest top was smeared still in their pollen where she brushed against them before when she was listing and the corridor was at an angle. Her fault. Such strength in their colour. He had helped her take it off.

She lifted the phone, swiped her finger over the screen and he was back.

She listened to the university behind him. The quiet echoes of pages and thinking.

‘You can’t…’ he began to say, but she did not let him finish. There was so little power left to her but she held some now in her finger. She swiped him away and leant in to smell the lilies, their scent tunnelling up her nostrils. The amber pollen clustered with intent and she stared at it for some time. She was a bee flitting from one flower to another. She was not ready to leave yet. She could sense him in his panic, his mind unused to the muffling of fear.

In the kitchen there was coffee and some fruit. The beans were ground into powder in the bag, crushed and buried and broken. She made herself a cup that was too hot for a long time. She sat with her feet on the table and watched the steam rising in front of her toes. His watch ticked gently, too high on her wrist. It would stop again soon. He might come back, of course, but she doubted it. He had a lecture now, another this afternoon, and then the meeting he had bored her about for so long last night that she had kissed him anyway. It had worked, her tongue in his mouth. It had been years, he said.

He was probably terrified she would turn up there now. It was her lecture too, she thought. It didn’t matter. Quantum physics, string theory, the multiple layers that proved it was all nothing, all at the same time, everywhere. She was there right now, in another universe. Screaming at him in laddered tights across the lecture hall, her dozing peers turning and staring. Mad Rachel. Running down the wide steps to where he stood as if paused in time. Sobbing in her seat high up at the back, her knees tight against the back of the chair in front, her coat next to her, retching so loudly he had to stop mid-sentence, the PowerPoint frozen on a star or telescope or a theory only they could understand. Or arriving, making notes, and leaving without acknowledgement, not a word, not a gesture. She was here now. It was all happening. Right now. Right then. All the time. She needn’t do anything.

Rachel sipped her coffee, its bitter molecules sharp on her throat. The heat released the coffee particulates into the water. No wonder it was so strong. She decided to explore his flat whilst she was disturbing his lecture and making notes quietly at the back and not here.

Down the corridor in her tights, the coffee stained in spotted tracks behind her. She knew his bed and his imprint and the smell of his wife on the pillow. She wanted to sense him again, the esteemed and learned man. His study was off to the right and unsurprisingly small, an after-thought of the builders, perhaps a miscalculation in the drawings. A large, old desk with green leather embossed on the surface. She fingered the seams as though tracing a boundary. She lifted the paperweight, an enclosed nebula. University of San Francisco, Faculty of Physics, Conference 2002, she read beneath. He was her age then, nearly anyway. Perhaps they would meet.

She sat in his important chair and placed her hands where his were so often, her naked arms in the leather dip of his elbows. They were touching again, she thought, and sipped his coffee. Ten twelve, the watch told her. Their lecture had started. She wondered if he knew she was sitting there now, in the university amphitheatre, his words rising to the tip-tip-tap of the laptops above him. What were the students really looking at, he had asked her last night with the sheets on the floor. She liked his insecurity then. Naked together, she held the power. Like now, she thought.

When the phone began ringing it had a different tone and she was surprised and momentarily baffled. A landline, she realised, and smiled to herself. Of course he would have one. They all did, his generation. She left the study and hunted its call, enjoying herself. She hoped it would be one of those phones with numbers embedded in a plastic circle. She could be Audrey Hepburn in a hotel in Rome. Where was the lobby? She tracked it to the table with the lily and his mobile, an insistent lump of plastic tethered to the wall beneath. She picked it up, its looping coils like a helix. It could be anyone. There were so many of us.

‘Hello? Richard? Is that you?’

Rachel listened to her breath in the receiver. It journeyed from her mouth and through the wires and back into her ear but travelled so far to do so. She sounded underwater.

‘Richard? Are you ok? Richard? Say something, darling!’

The woman’s voice had the early shrillness of age, soft tones worn down like eroded joints. Rachel breathed out again, a sigh like the end.

‘Nothing,’ said Rachel. ‘This is nothing.’

She held the receiver in front of her and looked at it. The woman’s voice emerged flattened and shrinking as she returned it crying to its cradle. Silence again at this altitude. She wondered what she looked like, this woman whose place she had shared. She could search her out, rummage through the drawers and the bathroom cabinet. She could try on the skirts and stand behind her suits at the bedroom mirror where he had watched himself in the morning glow. He was so proud.

There was no need, she decided. They knew each other enough already. She had tasted her in him.

Her shoes were still there, arranged neatly together under the lilies by Richard when he was still in control. She tucked her toes into her heels. He was regretting it all, she was sure. It did not matter. None of it did. It had barely happened.

His mobile rang again, displaying the university number. Richard again. She walked to the front door on her toes, her footsteps punctuating the floorboards. She slid off the security chain and wrenched the deadbolt aside. It gave with a gasp that reminded her of the lab. Of him.

He was still ringing. The landline started up too, and for a second or perhaps much more or less they were in unison, calling for her in waves of sound that refracted and reflected but that she ignored.

They were only atoms. Him and her and her as well. All of them. Buzzing particles of energy, vibrating against each other for a time, again and again and even after they were dead. Whatever that meant.

She slipped out of the flat, between the spaces they had left open for her. His watch slipped down to her wrist as she closed the door behind her. It was still ticking, but that did not matter.