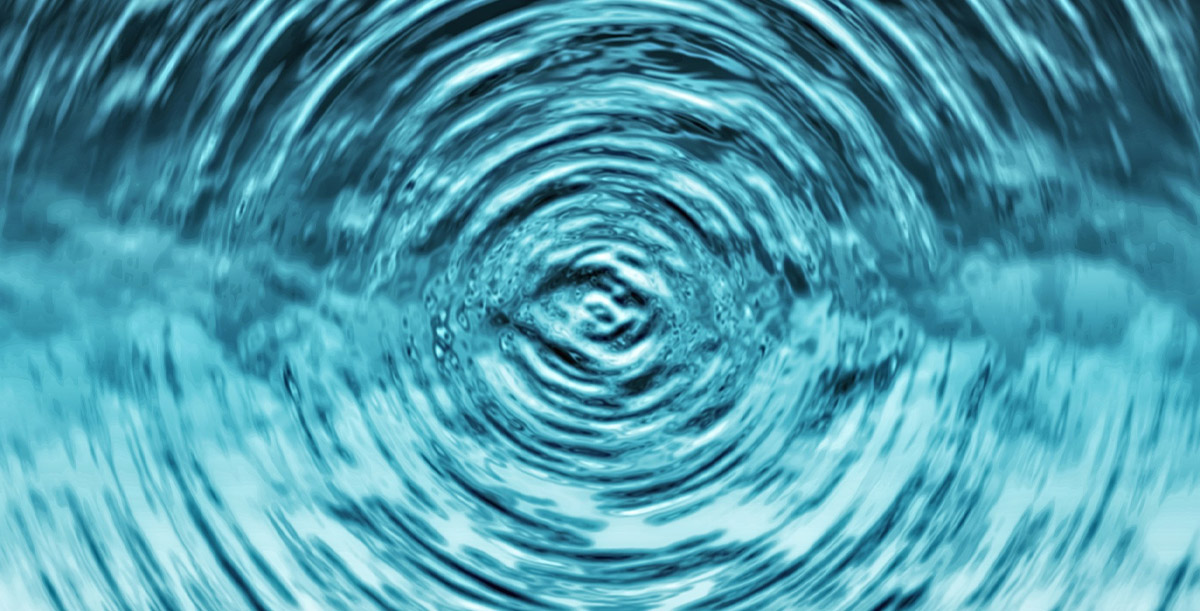 The old car door closed with its usual bang and she looked along the road. Charlotte was surprised, briefly, by the sight of only two cars along the seafront. She got out the notebook, already bent at the edges and slightly damp from being in the door of the car. She hadn’t planned to use it yet, but the empty seafront road moved her.

You won’t believe this, she wrote, you won’t believe the sight of these spaces! You and Mum spent so much of the time arguing bitterly about directions, and then when we finally arrived, your voices drowned out my little attempts to shout about seeing the sea. You told Claire and me it was a competition – who could see it first; you never remembered to reward me.

She closed the notebook and placed it, harshly, on the roof of her car. ‘Don’t be bitter,’ she said aloud, ‘you’re not Claire. That wasn’t right for the first page.’ She considered tearing it out, before hesitating. Anything else – just anything – would be too deliberate, and she would always know that when she read it back.

Though the emptiness of the roads had taken her aback, it was short-lived, for she was aware of what she should expect in November. In summer, this town took the sun and threw it in your face, blinding you with adventure, happiness and sugar. In winter (though she had never seen it at this time of year before), Charlotte had always supposed it to take on a new life. She was unsure if it would be worse.

Every summer, until the age of fourteen, had been spent here. Now, at thirty-five, it seemed like Lourdes. Her pilgrimage was solitary and unknown. Now he was gone, and because he was gone, she had learned not to talk to Mum and Claire about these things.

Sticky ice cream and wasps now gave way to sea fog and clouds. Charlotte shivered as she walked down the steps to the seafront, pulling her too-thin jacket and scarf closer around her. She looked at the sea, finding it less rough than she’d expected, though the waves still cut sharply, leaving their foamy threads. Given it was mid-morning, the day already seemed quite dark and subdued in colour. Charlotte walked on, turning to face the row of buildings she knew too well. Georgian grace mixed with brutalism. It all seemed to work together, though, to create a wonderfully bleak seaside choir.

They haven’t changed, have they? You’d smile as I do.

Finding a street that she thought she recognised, Charlotte pushed through to the town itself. The few people around were mostly heading for the little corner shop or the chemist, and there were some outside the tiny church with three gravestones. She stopped in the main street to look and heard someone behind scoff in anger, walking dramatically around her. Whoever it was muttered something about tourists, even at this time of year. Charlotte made to apologise, too late, and then laughed, as the little lady with wiry hair made her way up the road. She had an ancient bag with some groceries in, and a bandage around her ankle.

We would have laughed, wouldn’t we, and made fun for years after that, of her walk and her Dorset voice? We would have given her a name and made Mum and Claire laugh by embellishing the story of the dragon lady who was so extremely rude to us.

She realised, then, that she had not yet moved; in fact, her notebook was leant on the window of a white cottage, which after another look turned out to be a bank. A small sign, high up on the side of the building, noted the name of the street. She looked at it fondly, remembering her confusion about why it was so high. Her father had challenged her once to find the name of the street, giving her clues. She knew now that this was the street she wanted.

The toyshop was still there, painted a dark red, its windows slightly faded and yellow now. It seemed very small. Unusually, they had never spoken much to the person who worked there, or at least not to her memory. Perhaps Charlotte had been too engrossed in its Aladdin’s cave of wonder.

She entered the shop and tried, immediately, to find them. The cars she always used to ask for. Small, metal things, in boxes, she remembered, and this shop was a haven for them. Looking now, she saw that there were some cars and lorries on a shelf: a rather bland array of black and silver, surrounded by indeterminate plastic toys.

Remember, I’d always just amble about and look at them, then look at you. I don’t know why you always paused. You knew you were going to get me something, and you knew it would be one of those cars. Perhaps it was your little game. I know you were disappointed, sometimes, that I chose them, but you had Claire pining for necklaces and dolls, didn’t you? I’d have thought you’d have liked the variety.

She looked around, aware of being in the way. There were parents and children milling about. Some looked at her and she wondered whether they found her presence, alone and writing on her notepad of memories, troubling. The bell at the top of the door rang sharply as she left.

Though it was out of season and the sky could at best be described as off-white, Charlotte saw more people bustling round the little town than she had expected to see. They live here, she supposed, they had to shop somewhere. The idea of this town being someone’s home, domestic and ordinary, amused her, when to her it represented those few golden weeks of summer holidays. It’s best, she thought, to head back to the front. Find the places that only exist for visitors like me.

Presently, Charlotte found a small street: cobbled, uneven and winding sharply down to the sea. There was a black wrought iron lamp, and grand doors to old Georgian houses, some with those old metal boot scrapers at their doorsteps. Soon these hidden figures gave way to light, noise and cement. She was standing in front of the amusement arcade. The simple word Arcade flashed in red, bent upwards in the middle; otherwise, the building was nondescript, painted a plain blue colour all over. Charlotte tried the door; it was open, though without many gamblers. She considered the carpet, first, which surely hadn’t changed in all this time. Deep mahogany and orange swirls; once the height of luxury and now, to give them their due, holding strong.

Where are they? You probably want to ask me now, as you could never remember where they were. We’d wander in, thinking ‘Oh, perhaps towards the back, on the right.’ Shall we try it? I should warn you, though: they might have replaced them by now. Now they might be a horrible set of grabbers. I don’t know. I’ll find them if you like.

And she found them. The race horses. Such a tiny, simple little game surrounded by all this noise. Five metal racehorses. Bet on one, get a smattering of a profit if you win. She rummaged for a ten pence piece.

You’d always bet on white, wouldn’t you, with the highest odds, but I’d always remind you that it barely ever won. ‘The machine is programmed,’ I’d bleat at you, and I know I must have seemed quite annoyed. I suppose I was. Oh, well – have it your way. She placed her one ten pence in the white slot. The race began.

‘You sod,’ she said happily, when the white horse won. About a pound’s worth of ten-pence coins spurted out; she looked at them and smiled. ‘They’re yours,’ she said, and then bit something back.

It’s when you didn’t know who I was anymore, that’s the thing about it. I was prepared for that, you know. I’d read all the leaflets and I knew exactly what you had, and why you wouldn’t remember. It was when I came in that day, and you were happy, talking to Mum and Claire, and I came in, and you stopped, and looked at me. No, you looked through me. I was a ghost, then. In that room, only I was dead. That’s how it happened. I slapped Claire when she told me that was how it worked, that I needed to be there for you. If anything, I frightened you.

The café was dark and grey, though it had a pleasant smell of coffee. There were only a few occupied tables, and she chose one up against the window, looking out towards the sea between the lettering on the glass. The table’s surface was old and checked, the menus flimsy and badly laminated. She smiled, thinking that an ashtray wouldn’t look out of place, and wondered how anyone had coped when smoking was allowed in a tiny place like this. She ordered some tea. Somehow, these old places always made it hotter than anything on earth.

You always tried to hide the smoking from us, but we always knew. Sorry I was so uptight and nasty about it.

Charlotte stood up, leaving the sickly-sweet dregs of her tea behind. It was time for the sea. She walked across the road, onto the promenade, then balanced carefully down the sloped wall that led to the sand, stopping, once there, to feel it. Cold, and dense. It stuck to her palm – you always hated that, didn’t you – and she brushed it on her coat, making a sharp, artificial sound. The wind blew in rough bursts around her, making her thin hair sting her face as it whipped wildly about. Still she walked forward; there was quite a way to go as surprisingly the tide was out. When she arrived at the water’s edge, she hesitated. A wave drew back, leaving a brief gleam on the hard sand before it disappeared.

She took off her shoes and crept in, only tensing once at the ice.

In the water below her, there lay a very flat, almost square stone.

I never could do that.

Picking it up, she considered it for a moment before taking her stance.

Crouch down, she heard him say, legs apart. Remember to hold it firmly between your thumb and forefinger. Now, take aim and fling it. Hard. Her dad stood next to her, poised and ready for her to finally conquer this.

She threw it just as he said, and it bounced once, maybe once and a half. More than ever before, when she had tried in childhood a million times. A silly grin swept over her face and she stared at the place in the water where it had sunk. She considered her notebook, but instead she said, ‘You saw that, didn’t you?’ She could barely hear her own voice above the sounds of waves. Charlotte stood there for a moment or two more, then stepped out of the water. She would head back to the car, dry her feet on whatever old sweater was lying on the back seat. She would drive home.

It’s been a strange day, Dad, she would write later, but I found you again. I think you must agree with me there.