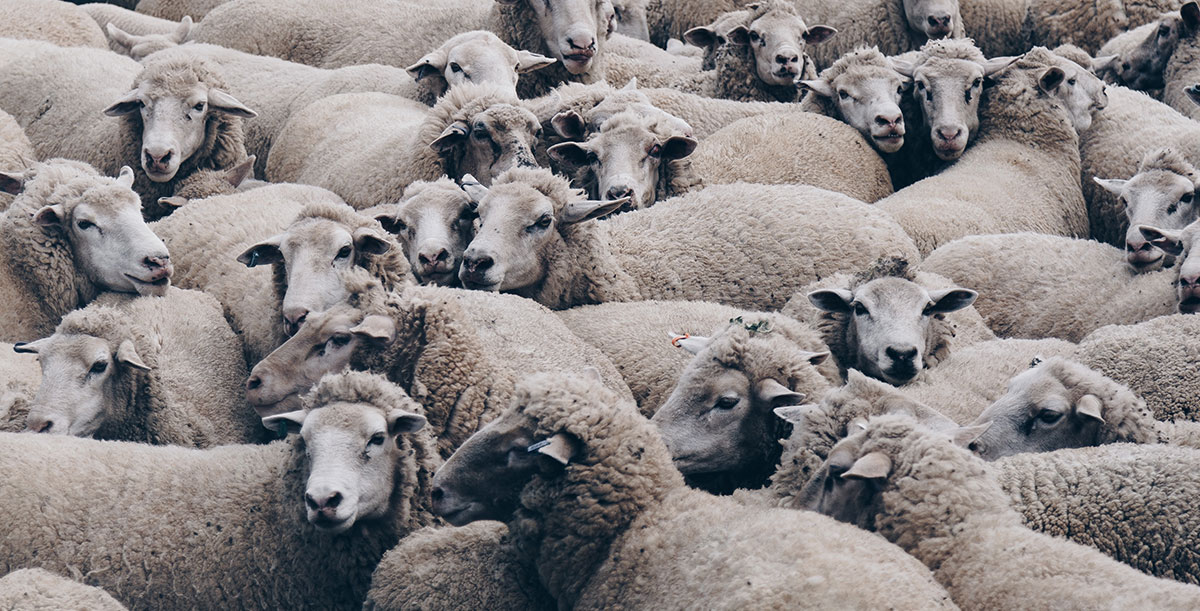 By D A Adamson

The snow started on Friday around four o’clock. Small flakes at first, fluttering half-heartedly in a light breeze. Eventually, it began to lie and in the tapering light the sky became grey and threatening. A silent darkness followed and I could no longer see Braithwaite crag on the moor top.

By five-thirty the wind had picked up and the flakes were much larger and that’s when the blizzard set in and blotted out everything. When I stepped outside into the yard I could hardly see across to the cow shed. As I unlatched the door there was a welcome blast of warmth emanating from the beasts that were shuffling and snorting as they ate the sweet-smelling hay in their mangers. The animals seemed oblivious to the artic wind that was whistling in between the gaps of the stone roof overlays. I forked some more hay into the troughs, moving along the row of tethered cows until they all had their rations.

Up here on the edge of the moor I’d grown accustomed to harsh winters but there had not been a major snowstorm like this in decades. As a child I could remember the snow of 1962 when we were stuck in for three months and my father had to drag a sleigh over the hill to the village to get coal and provisions. The horse got stuck in one of the snow drifts as he couldn’t see the track, he followed wall tops to guide himself but a couple of feet out and you were in a ditch and waist-high snow. It got so cold I remember my father burning some of our furniture, what little we had, and the snow crept under the sash windows and piled up at the foot of our beds.

It didn’t let up all night. The following morning was Christmas Eve and the snow had slowed to a few fluttering flakes but the sky was still grey and heavy. I went to feed my four sows in the low barn. They greeted my arrival with assorted grunts. The chickens had not yet ventured out of their coups. A cockerel poked his head out to see what was going on and started to crow. I dug their feeders out of the snow and filled them with grain. They soon plopped out one after another into the deep snow and clucked and squawked as they squabbled over the feed.

It was fortunate that I’d gathered most of the sheep in two days before but it had been a close-run thing. For a change the weather forecasters on the radio had been adamant that we were in for a major storm. However, I was still missing about a dozen Swaledale yows who were marooned high up near the crags that I’d not managed to gather in.

I got the quad bike started and hoped it could get me some way up the moor so that I could start to search behind wall backs where they were prone to take shelter in heavy snows. I loaded up the quad with a bale of hay, a shovel and Tam my sheepdog, jumped on the back. He always followed me around with the exception of the pub and church.

Parts of the track up the moor were sheltered where the wind had blown the snow up against the dry limestone walls leaving a thinner layer of icy snow which the quad could manage. But on other occasions, where a wall was broken or the track was exposed, the snow was very deep. It wasn’t long before I came to a spot that I thought might hold some of the sheep and started to dig while Tam set off sniffing and pawing away at the surface. It was hard work and despite the intense cold I could feel the sweat on my vest. It was times like this that I regretted that my only son had not taken to farming and now lived twenty-five miles away in a town.

After fifteen minutes I gave up. The snow was falling again but I needed to press on. As the track became steeper and the snow deeper there was no option but to abandon the quad and wade my way through drifts using my shovel as a snow-depth gauge. Tam did his best to keep up with me but even he was finding it difficult. Where I could I hoisted him up on a wall top and he’d walk along it to keep me in sight. If I could find the missing flock, or at least some of them, I could drive them back with the help of Tam to the quad bike for some hay and then back to the farm.

I went to another likely spot even higher up the moor. I’d been digging for about five minutes when suddenly I saw him. He was dressed in old fashioned clothing and he had a big hat shielding his features. He walked with a traditional hazel shepherd’s crook. When he got closer I noticed that it had a beautiful ram’s head carved out of horn. His hands were obscured as he was wearing what looked like three coats, the outer one being a kind of oilskin. He appeared to have no difficulty walking in the deep snow, in fact he seemed to glide effortlessly over the snow’s surface as he approached me. Tam started to howl in fright and hunkered down in the snow burying his head.

‘That’s a fine crook you have, ideal for the moor on a day like today,’ I said. He didn’t reply. ‘I’m searching for some buried yows,’ I continued. ‘Have you seen ‘owt on your travels, mister?’

‘Thou’ll find ‘em yonder, at Mires Bents, under t’wall,’ he said, his low voice sounding as if it was from another age. ‘There’s eleven alive and one t‘is maker,’ he said. When his body turned partially back to me as his arm pointed in the direction of Mires Bents, I noticed that the man had no snow anywhere on his clothing and the rear of his garments were not clearly defined, as if he wasn’t quite all here.

‘Thanks, much obliged to you,’ I replied. ‘I’m surprised to see anyone about these parts in this foul weather. Where you headed?’

‘Crosby Riggs,’ he murmured. ‘There’ll be more snow. Much more before the day’s passed.’ Then the man disappeared as fast he came. I couldn’t fathom which direction he’d gone. Suddenly he wasn’t there anymore, lost in the whiteness and swirling snow. He left no foot prints to give me any clues.

The dog had ceased his growling. ‘Come on Tam let’s see if we can find these yows,’ I said to him as if to convince myself I’d not been in a dream. Mires Bent was a tract of land I knew well as it was part of an old drover’s route across the moor. I waded on in deep snow for another few minutes before I finally reached the spot the man had directed me to. I looked around but could see no sign of any animals. The snow was deep against the walls and the surface unmarked. Could he have been mistaken? But he sounded so sure of himself.

Then Tam started barking and digging with his paws against a wall twenty yards off. I got to with the shovel and after a few minutes I found the broad back of an animal, its head with its distinctive curly horns, facing towards the wall. It wasn’t long before I’d uncovered eleven Swaledales bound together, mercifully these had survived. The dead one had become separated from the others. The snow had knitted the remaining eleven together as they stood huddled in a clump, their collective body heat had enabled them to endure the cold. Eventually I managed to pull all the survivors out and with Tam’s help we struggled back to the quad bike where I fed them briefly. Then throwing odd handfuls of hay from the quad to encourage them to keep up, we slid our way back down the steep track to the farm. And the snow kept on falling.

After I’d reunited the animals with the rest of the flock in the sheep barn I went into the farmhouse, fed Tam and took off my wet clothing. That night, when I sat down in front of the fire with a cup of tea I wished my late wife, Mary, had been there to discuss my mysterious encounter. She’d have an explanation, her family had lived in these parts for generations. I was greatly indebted to my moorland visitor for each animal was a valuable commodity and with prices what they were today, a loss of a dozen of the flock would have been a serious set-back.

The telephone lines were down but I knew that because of the atrocious weather my son and daughter-in-law, who were due to come to stay this Christmas Eve, would have no chance of reaching the farm. As I threw another log on the fire and settled down for some welcome rest, I remembered our Christmas Eve tradition of looking over the family photograph albums. I got up and dug out the albums from the bookcase once again.

I found it a comfort to remember the blessings the good Lord had bestowed upon me and my family, and as usual I started with the newer photographs at the back of the album then worked my way to the front. When I finally reached the album’s earlier pages there were pictures of my mother and father on their wedding day and then some much older, faded snapshots of distant relations. It was then that I noticed a very old photograph of my wife’s great, great grandfather. The hairs of the back of my neck stood up as out of a small sepia picture emerged a man in an oilskin coat with a large drover’s hat. The picture had been taken at some sheep sale as in his right hand was a shepherd’s crook with what looked like a ram’s head. It was then I remembered that he said he was going to Crosby Riggs. At the time I never thought of it, but that hamlet was abandoned over a hundred years ago but I knew my wife’s family originally hailed from there.

The following morning the snow had abated and I managed to get the quad bike down the valley to attend the eleven o’clock Christmas service at the church. On my return, as was my habit, I went to check the animals before going into the farmhouse to make some attempt at making a Christmas lunch for myself. As I was standing in the yard I noticed a Land Rover gallantly battling through the snow, its engine roaring as it traversed the farm track’s snow drifts. It was my son and his wife who arrived loaded with presents and food for Christmas.

After the unexpected but very happy greetings we all went inside the farmhouse. Instinctively, my daughter-in-law went to stand by the ingle nook fireplace to warm herself by the log fire which was still burning from that morning.

‘Where did you get this, father?’ she asked, as she picked up a shepherd’s crook that had been carefully placed next to the fireplace. ‘It’s quite exquisite and very old by the look of it,’ she said, examining the beautifully carved ram’s head.

‘Oh, I think an old friend must have left it for me while I was at church. It must be a special Christmas gift.’