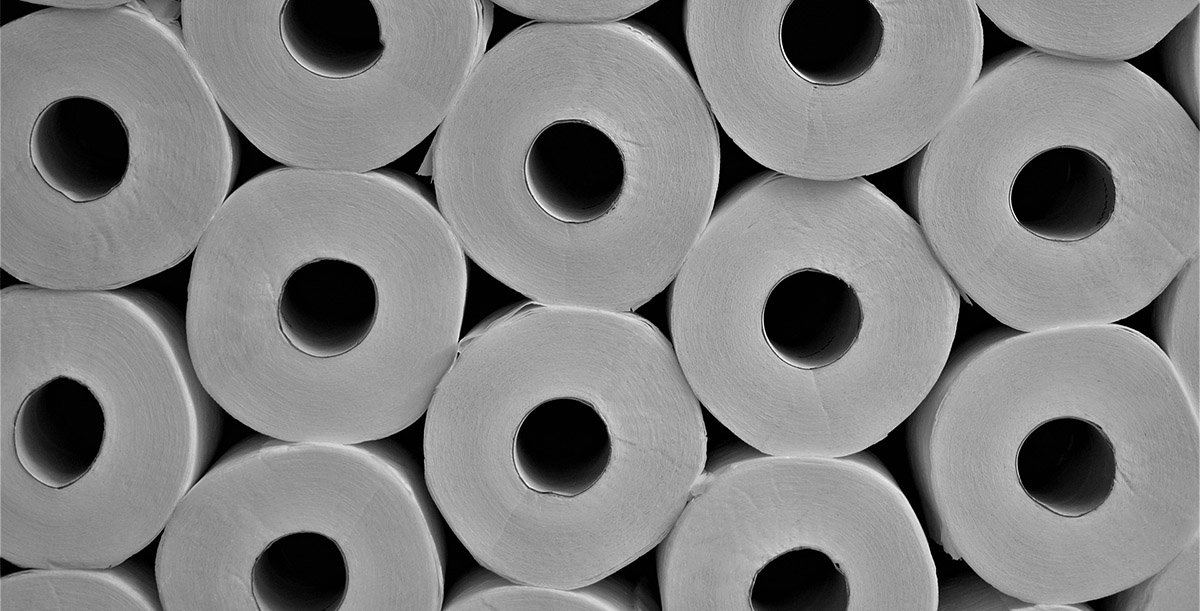 Let me tell you about yourself. You were only a little unhinged. You just wanted a quiet life. Where could be quieter than a national park? A job in a national park. Trees. Lakes. Mountains. Tranquillity.

Are you sure? They couldn’t believe it. Aren’t you, you know, a little bit overqualified? Won’t you get bored? Maintenance Operative? Must be self-motivating. Must have driving licence. Vehicle provided. Flexible hours. Accommodation included.

You assured them you wouldn’t. Looking after twenty toilet blocks, on twenty car parks, over two hundred square miles of wilderness wouldn’t be boring at all. Well, you were right about that.

He’ll never last a week, the Director confided. It’ll bore him, or, wrinkling his nose, sicken him. But no one else has applied.

And you didn’t get bored. You were your own boss. You made your own itinerary. You planned your own day, your own week. You devised a fortnightly cycle, taking into account the relative usage and abusage of each site. What did it boil down to but a bit of scrubbing here, a bit of mopping there, and making sure there was a supply of soap, toilet rolls and paper towels? As for the rest, it was moving between places of outstanding natural beauty, and getting paid for it. It was waiting in the Land Rover beneath trees on the edge of views to die for, while the last tourists of the day struggled out of their boots and cagoules and left the untrammelled evenings to you alone. It was getting there an hour before you needed to on perfect mornings and watching, listening, smelling the resin- and flower-scented air, feeling the moistness of the moss on stones and the rough bark of trees, tasting the seasons at their appointed times.

And nobody paid any attention to you. Nobody even noticed your presence. Even the Director had forgotten your face after a week or two, and as for coming and checking up on the work – well, so long as there were no complaints coming in to the office, there was nothing to check up on. The wages came through automatically, as long as you kept on turning in the time sheets. It would be a safe bet, an odds-on gamble, that even your landlord wouldn’t have been able to pick you out of a line-up. You were that sort of loner too.

By the time the first summer came you had settled into a routine. The work could not be described as arduous. Even the cleaning was not too bad. The visitors were generally respectful of and grateful for the facilities, and looked after them. It wasn’t as if you were cleaning up after drunks. They did not bother you. You kept out of their way, going early, or late, or in the middle of the day, when most of them were on the far reaches of their walks. You did not like to be watched. You did not need company. You did not want to be talked to. There was only one anomaly to disturb your equanimity. That was the toilet block in Spurling Wood.

Something was going on there. You didn’t realise at first, of course. You just assumed that that was the rate at which your supplies were being consumed. It was the most remote of the car parks and, apart from that fact, the least attractive, with the fewest walks leading from it. In fact, it had been put there mainly to operate as a base for Mountain Rescue vehicles, there being a quick route from it, sheer up the fellside to a popular ridge walk. It wasn’t the sort of route you would use for pleasure, and emergencies, thankfully, were few. You soon realised that, no matter what time of day you visited, there would be nobody using the place. Yet the toilet rolls, and the paper towels, and the soap always needed replenishing. There was the curious fact also that whereas the paper towels had all gone, there was no sign of them in the wastepaper bins. It was not from the Ladies that they were missing, only from the Gents.

Somebody was nicking your consumables.

You took to visiting at different times of the day. The toilet rolls, and the soap, and the paper towels were always missing. It became apparent that they were being swiped almost as soon as you had replenished them. You thought it might be kids, driving out from the nearby town, but when you parked up and monitored the cars on the road, you saw no one – and yet the soap, and the towels, and the rolls continued to vanish. You wondered if you might be mistaken about it all, if by some strange trick of the mind you were only imagining that you had replenished the site.

One morning you reversed in under the trees at the edge of the car park and waited, but whoever it was must have been watching you. At dusk you stepped out onto the gravel oval of the car park. You scanned the woods. Rows of pine stood like green soldiers awaiting the order to march. Old sycamores threw out their arms like blind beggars trying to feel their way. There was bracken in the clearings, feathers of fern in the shade. An army could have lain within a few yards of you and remained unseen. Your skin prickled under the gaze of the hidden adversary. You wondered if perhaps you yourself, in moments of irrationality, were taking the soap, and the toilet rolls, and the paper towels, and returning them to the store, then forgetting that you had done so. Wasn’t there a name for that? Para-something? You could not remember the word.

I know you’re there! you shouted. I’m watching you! But your words only sank into the dark green fronds of the pines, and rustled through the leaves of the sycamores. There was no echo.

The next morning the Gents had been cleared.

You drove up quietly one moonlit night, with the lights off, and watched, but you fell asleep sometime after midnight. When you woke, stiff and cold in the pre-dawn light, the toilet block had already been looted.

You pinned a notice, scrawled in black felt-tip pen, to the loo door:

Leave my fucking bogs alone, or I’ll pull your bloody head off!

It was not acted upon. But neither was it ignored.

You parked the Land Rover at the edge of the car park and, under cover of appearing to be chain-sawing logs, constructed a simple basha behind it, into which you crawled later, having parked up a mile away down the road and crept back by a circuitous route through the trees, arriving not only with wet feet but scraped shins and splinters in your hands. You had pulled a black balaclava over your head, and blacked your face with soot from a picnic fire that somebody had made in the lay-by where you’d left the Land Rover. You waited all afternoon, and through the long summer evening, through the few hours of absolute dark, while the trees muttered to themselves as if they resented your presence. You waited until the pale light of dawn gave way to stabbing shafts of sunlight between the spindly trunks of ash and birch down the valley to the east. Nobody appeared. The nagging doubt that it was all in your imagination would not leave you. But the paper towels, and the toilet rolls, and the soap, they were real, even in their absence.

You went back the following night, already beyond exhaustion, knowing that you could not keep awake for long. You tied waterproofed twelve-pound-breaking-strain fishing line, which you had purchased at a nearby country sports supplier, to the door of the Gents and fed it across the car park and into the trees by your basha, covering it with loose gravel. You tied the other end to your little finger. Tying it to your big toe would have required you to take off one boot and a sock, the putting back on of which would, obviously, have made it impossible for you to mount an instant pursuit should the string be disturbed.

You dreamed of figures in camouflage-patterned clothing and netted face masks filtering through the woodland, taking up positions behind the tree trunks, beneath the bracken, some high up in the spread arms of the sycamores, in between the clumps of fern. You dreamed of the clink of metal, the soft thump of rubber-soled boots on the moist mats of fallen needles beneath the pines. You dreamed of quiet, urgent voices, not in conversation, and after them, you dreamed of silence, when even the birds did not sing, and it seemed as if the water that gurgled in the streams among the roots had been stilled, and lay waiting, poised.

You woke before dawn. It was dull and grey, and heavy cloud pressed down upon the treetops. The fishing line was neatly coiled not far from your head. It had been carefully snipped a few inches from your little finger. You had not heard a thing, although you had slept badly, if at all. The toilet rolls, and the soap, and the paper towels were no longer to be found in either the Ladies or the Gents.

The deliberation of the coiling, of the cutting, of the placing of the fishing line beside your head unnerved you. You were weary, aching, cold and hungry, and it was a mile’s walk back to the Land Rover. You imagined that figures watched you with hostile eyes, full of murderous intent, from the black depths of the wood.

You made it safely all the way back to where you had parked the Land Rover.

A police spokesman confirmed today that the body of a man was recovered from Spurling Wood in the early hours of this morning, following an operation involving armed police and Special Forces. No further details were available.