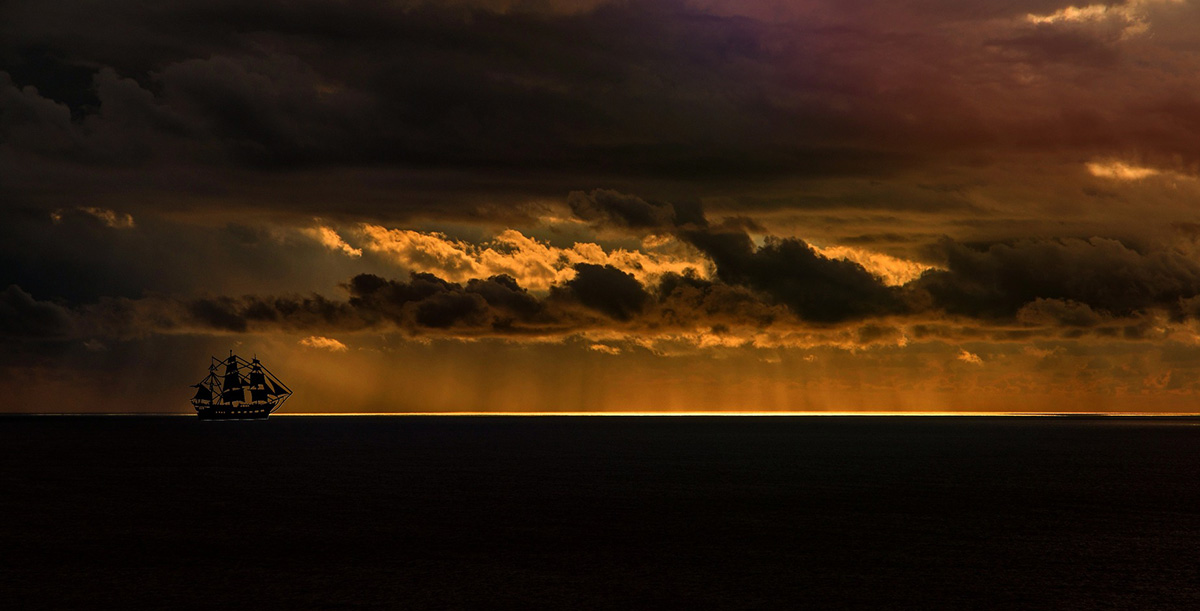 Loveday stretched and turned over in bed. Treve snored gently beside her, not even stirring. Through the window, the moon was in its final quarter and clouds were drifting across it, thick enough to cast a shadow, but not enough that the light was completely extinguished.

She got up quietly and pulled the covers back over Treve, tucking him in like a child. She bundled her outdoor clothes under her arm and, with one last look at her sleeping husband, closed the bedroom door and stepped into the parlour. The room was bitterly cold, and she shivered as she pulled her nightgown over her head. She dragged on her petticoat, fastening her dress and cloak as quickly as she could, then pinned up her hair, tucking every red strand under a cap and securing it in place by tying a scarf over it.

Finally, she tugged on her boots and slid a small roll of cloth inside one of them. The cloth didn’t stop the knife inside it from chafing against her ankle bone, but she felt reassured. Even a small weapon was better than no weapon. She lit the oil lamp on the table, picked it up, and with one final glance towards her bedroom and her sleeping husband, left the house, latching the door behind her.

Within a few minutes, she was on the edge of the woods. Looking over her shoulder, she could just see her cottage, simply an outline on the horizon. She stared at her home, wondering what was possessing her to do this. Treve was a good man and she was betraying him. But Loveday was determined to go. She turned and plunged into the woods, along the narrow path that zigzagged towards the stream.

When she heard the dry leaves on the woodland floor rustling ahead of her, she stopped. There was no point in hiding – the lamp would already have given her away. She frowned, trying to listen more closely. The rustling became a scrabbling and the light from the lamp picked out a badger, heading back to its sett embedded in the hillside. Relieved, yet shaken by how much the noise had alarmed her, Loveday moved faster along the path until she crossed the stream and reached the edge of Mawgan.

Keeping close to the hedge, she climbed the steep path that led into the village and, having checked the track through the village was in darkness, continued up to Garroe Ridge Farm where a light glowed from the barn. Loveday tapped on the shutter of the barn window, and a woman’s voice called loudly, ‘Who is it? I’m dealing with a sick animal in here.’

The shutter opened and a face appeared.

‘About time, too. These creatures are getting restless.’

‘Nothing,’ said Karenza, scoffing. ‘I only said that in case someone from the village had noticed the barn light and come up for a look. It’s alright. Don’t worry.’

Loveday grinned. She’d married Treve five years ago, moving into Trengwidden Cottage with him. New to the village, she hadn’t known anyone, but Karenza Pascoe had befriended her and introduced Loveday to her neighbours. Karenza was twenty years older, but she soon became Loveday’s closest friend, visiting her at Trengwidden, sharing the latest gossip and gradually pulling Loveday out of her shell. Nothing scared Karenza. Nobody scared Karenza. And she always had time for Loveday.

But all Karenza’s good deeds hadn’t stopped tragedy befalling her. Eighteen months ago, Karenza’s roguish husband Michael had died, leaving Karenza with everything to do during the day and alone at night. Or so Loveday presumed.

It was during Mawgan’s Feast Week celebrations that Loveday had learned how Karenza spent her nights. Each day had been filled with glorious sunshine and the village had eaten, danced, raced and drunk its way through the annual event. On the final day, happy and content, Loveday and Karenza had stretched out on the grass to watch the closing dances.

‘Are you not bored?’ Karenza had asked.

‘I’m happy to watch the others having fun. Why, are you bored? You could find some way to join in, I’m sure.’

Karenza had grinned and replied quietly, ‘I don’t mean the dancing! I mean life with Treve. Is life in that cottage as good as you thought it would be?’

Loveday was confused. It was obvious Karenza was building up to tell her something.

In the days that followed, Loveday couldn’t get it out of her head. It was illegal. Immoral, even. She should report it. She should report her friend. But she didn’t. Instead Loveday found herself knocking on Karenza’s door, asking if she could join her, and Karenza was perfectly happy to oblige.

Now, in the barn doorway, Karenza was looking Loveday up and down.

‘You can’t wear those clothes, Loveday. I told you. You need to change.’

Karenza pushed a pair of breeches, a shirt and a thick jacket into Loveday’s arms before leading the horses out into the cobbled yard in front of the barn. She threw the reins of one horse over a wooden post and moved the larger horse even further from the barn. Putting one foot in a stirrup, she bounced up into the saddle, gathering her reins and securing a bag in front of her.

Loveday emerged from the barn, blew out the lamp and freed her horse, leading him to the mounting block at the farm gate. Once on her horse, she found her stirrups and gathered her reins. She felt as though just changing clothes had transformed her too. They were Michael’s old clothes, but she felt as though his spirit was still in them, leading her astray. Though still afraid, she felt a sense of purpose with Karenza at her side as they set off, directing their horses across the fields to avoid the village roads.

The horses showed no fear of riding through the darkness, but Loveday found herself clinging to the neck of hers as they plummeted down Rosevear Hill. As they reached the ford and the water from the stream was thrown up onto her face, she screamed. She heard Karenza laugh at her and clutched the saddle tightly as they raced up the steep hill, the horses carrying them up and across the fields towards Gunwalloe.

They brought the horses to rest above a small cove; the village below was hidden by the darkness. For a few seconds, the clouds drifted away from the moon and they could see it all – the curve of the beach, the tiny church and graveyard and, finally, the unforgiving rocks leading out of the cove. Close to the shoreline, they could see the rigging of a ship and Karenza grinned.

Loveday nodded. She felt as though any sound that she made would be heard across Cornwall.

‘Don’t worry, Loveday. You’ll soon be back in bed alongside your Treve. Meanwhile, we’ll make better use of what that ship’s carrying than they ever could.’

‘Karenza,’ started Loveday, biting her lip. ‘What do you want me to do if I see anything?’

‘Run, shouting, to warn us?’ Karenza suggested. She laughed quietly at the worry on Loveday’s face. ‘Don’t look so stressed, my sweet. I’ve done this a hundred times. We’re wrecking a ship, not killing the king. You’ll be back in bed with the spoils of a ship next to you soon enough.’

With that, she turned, leaving Loveday alone.

The clouds covered the moon, and everything returned to shadow.